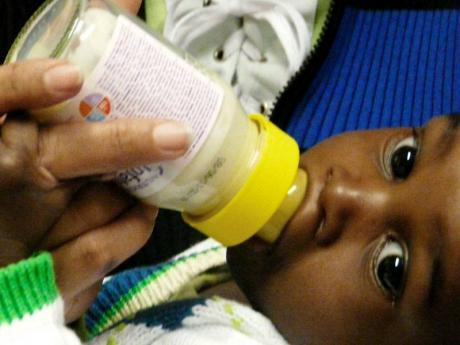 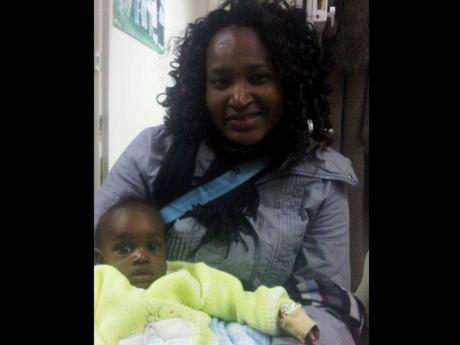 Six-month-old Dorrian Smith could not have given his parents a greater Christmas gift. Five days before the world's celebration of the birth of Jesus Christ, the bright-eyed infant returned to their arms after successful open-heart surgery.

Mom sees it as her special Christmas miracle.

With tears flowing down her cheeks, 24-year-old Denique Smalling told The Gleaner that she was "very, very, very, happy" to see her son well again.

"I just thanking God," she said, her voice breaking. "I can't help the tears. Every time I talk about it, I cry. Everyone told me it was a miracle he was alive because after six weeks with such a condition, they are not around anymore."

After a moment to steady her voice, she said: "I want to tell Shaggy, Chain of Hope and everyone thanks and to encourage them to keep up the good work. I want to encourage everyone to donate to charity because what they gave saved my son's life."

For Damion and Denique, the joy of seeing their first child come into the world on May 5 this year soon turned into despair when they discovered he was born with a rare condition, transposition of the great arteries (TGA). TGA is a birth defect causing a fatal condition in which there is a reversal, or switch in the primary connections of the two main (great) blood vessels to the heart - the aorta and pulmonary artery. Major surgery was required to reverse the arteries.

"I felt like I was going to faint. My babyfather had to hold me," said Denique, on hearing the news. "When I recovered, I couldn't stop crying and praying. I just kept begging God to bring him back, bring him back."

The infant was transferred from the University Hospital of the West Indies to the Bustamante Hospital for Children (BHC), placed in the Chain of Hope programme and immediately scheduled for surgery in November.

However, serious technical problems at the hospital forced them to cancel the surgery. The urgency of the situation compelled them to arrange for Dorrian to be flown to the Royal Brompton Hospital in the United Kingdom for the surgery.

On December 6, a hopeful mom and nurse Karen Anderson from the BHC flew out with Dorrian and two days later, Dr Olivier Ghez, cardiothoracic surgeon, and his team performed the successful procedure.

Because of the complexity of the operation, it was expected that Dorrian would have spent three to six weeks in the UK in recovery, but he responded so well to surgery that he was able to return home two weeks later, just in time to spend Christmas with his family.

"The operation went very well," Ghez told The Gleaner from the UK. "I am privileged to be able to help baby Dorrian. It is an honour to be able to serve the population of Jamaica, and Chain of Hope wants to continue to serve Jamaican children."

He added: "The best Christmas present Chain of Hope could ask for is a newly equipped cardiac centre in Jamaica. Our long-term goal is to be able to treat patients like Dorrian in Jamaica, and with the help of generous individuals, we will be able to do this within the next few years."

Chain of Hope local director, Lisa Doyen, said what happened at the BHC signalled the dire need to improve the infrastructure there.

"Through an MOU signed with multiple stakeholders and the South East Regional Health authorities, the plan is to improve the facility for a sustained cardiac programme," said Doyen.

Part of that plan includes continued training of the cardiac personnel, a new cardiac facility, which includes a new operating theatre, a new catheterisation lab, storage facility and a 10-bed unit.

Since 2007, Chain of Hope Jamaica, a charity aimed at providing assistance to create a self-sustained paediatric cardiac programme on the island, has done surgeries on 150 children up to 12 years old, at a rate of one to two cases per week, led by cardiothoracic surgeon Dr Sherard Little. The major cardiac cases are done by the mission's team from the Chain of Hope UK parent body that makes an annual trip to Jamaica each November.

Part of the mission's task is to also train the local staff, as well as bring in overseas staff and equipment, with the ultimate goal that Jamaica would be fully equipped to perform all cases of cardiac surgery.

Little said Dorrian's condition was a rare occurrence, with one or two cases to every child born in Jamaica each year. He said the type of surgery required was not commonly done in Jamaica, but since last year the Chain of Hope's mission's team has performed three such procedures here.

"Usually, the outcome of the surgery is very good. But continued medical follow-up is required, because there is the potential for certain complications in the long term," said Little.

He said babies have died from this birth defect, so early detection and treatment were very important.