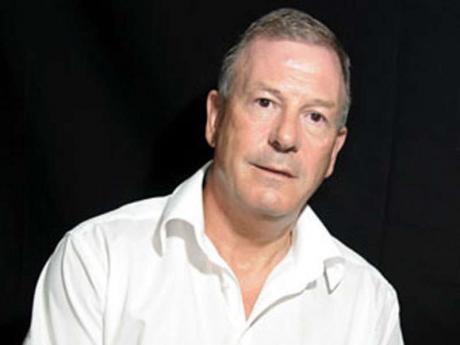 Despite the presence of a number of more established airline services in the region, chairman of REDjet Airlines, Ian Burns, is confident that his company's business strategy can change the culture of the aviation industry in the Caribbean.

Burns, who is on the final leg of a tour of potential destinations after visits to Guyana and Trinidad and Tobago, should he get the green light from the regulators, is seeking to introduce the Caribbean's first low-fare airline.

"We believe that the business model that we have is well suited for the Caribbean," he said. "People will always have questions and scepticism about new entrants in the market, but what we are seeking to introduce to the Caribbean has been proven throughout the world."

Already, companies such as United Airlines, American, Delta, Continental, US Airways, USA3000, Northwest Airlines, Air Canada and its compatriot WestJet; British Airways and Virgin Atlantic out of the United Kingdom; and JetBlue have become permanent fixtures in the Caribbean.

But Burns is undaunted by their presence.

The immediate duel, however would be with Caribbean Airlines, which recently announced a decision to keep the Air Jamaica brand alive after realising the uphill task it faced without the presence of 'The Lovebird' after acquiring the loss-making entity from the Jamaican Government.

But Burns had one word to describe the response to REDjet's offering in the twin-island republic: "Overwhelming."

According to him, all flights in the region are at present legacy airlines that offer products at a very high cost, but he says his company would create an option.

The privately owned firm would be offering fares as low as US$9.99 (J$697.32) one way, excluding government taxes and charges, and would operate a pay-what-you-want policy on flights.

Like other airline services, however, requests for flight changes and cancellations would attract a cost.

REDjet was founded in 2006 when Robbie Burns, working in the region at the time, was amazed by the cost of flights within the region and on routes to the US and Latin America.

An Irishman and friend of Digicel's owner, Dennis Obrien, Burns denied that the shareholders are made up of executives from the mobile firm.

"The relationship is purely at a commercial level," he said. "There is an agreement with Digicel regarding certain marketing outlets, but no direct ownership relationship."

Initially, the airline sought to start up operations from Kingston's Norman Manley International Airport, however, the airline shifted its hub to Barbados after being denied permission to set up in Jamaica by the Jamaican Government.

"It was unfortunate that from our perspective, Air Jamaica was on the divestment road," was all Burns offered when quizzed about the reason for the pull-out.

The company has a fleet of two MD82 aircrafts, acquired from American Airlines, and will put together a fleet of 25 aircraft over the next five years.

A staff complement of 93 is now in place awaiting the Barbados' Civil Aviation Authority's green light.

"We have all our pilots, all our cabin crew, all our flight-dispatch officers, all our engineers; we are ready and waiting."

Asked how crucial the Jamaica route was, Burns said, "We have had to make it not crucial, and if we did not get it, it would not mean the end of the world as we have opened other opportunities in other countries."

He added, "But we still would like to have a serious base here and have five to 10 aircraft based in Jamaica and offer the people our services."

The game plan is to ensure that REDjet would always have the lowest cost price, which would ensure that the airline could compete at any level with any carrier with higher cost price.

"Once we can maintain that low cost, that is where we will always have the advantage."

When asked about the timeline for the launch, a cautious Burns told Sunday Business, "In a matter of weeks."