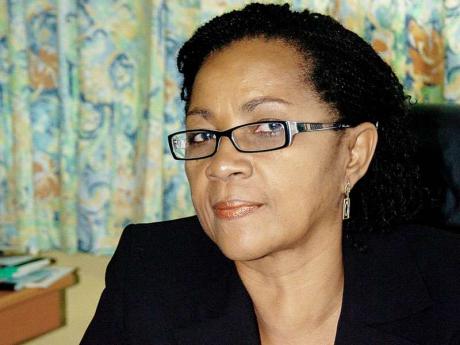 Almost 21 months after an inferno led to the death of seven girls at the Armadale Juvenile Correctional Centre, at least 30 survivors are set to receive hefty financial compensation as the Government has finally accepted liability for the fire.

Authoritative sources close to the investigations told The Sunday Gleaner that Cabinet had accepted liability and may well have to pay out millions of dollars for the State's negligence. However, no figure has been arrived at yet as the amount to be paid to each claimant is subject to negotiations between the lawyers representing both the Office of the Children's Advocate (OCA) and the Government.

The OCA has already submitted close to two dozen claims while another six are to be signed off on.

In addition to that number, an OCA inves-tigator is busy combing rural areas to find other survivors. The search has proved difficult as many of the girls have gone back home and are trying to piece their lives together and move on.

More than 60 girls were living in conditions described as inhumane

at Armadale at the time of the fire.

On May 22, 2009, the Armadale Juvenile Correctional Centre, located in Alexandria, St Ann, went up in flames, with many young girls locked inside the facility, amid a riot involving the wards.

When the smoke cleared, five wards were found dead, many others injured, and a nation left in shock. Two more girls would later succumb to their injuries. A subsequent commission of enquiry into the incident found that a range of professionals, including senior government officials, warders, and the police failed to carry out their tasks adequately.

The amount being sought for each girl varies because it is largely dependent on the extent of the injuries sustained by each girl. Some of the survivors were badly burnt. At least one girl needs to go overseas for medical attention.

Late last year it was reported that noted attorney-at-law, Jacqueline Samuels-Brown, was leading the charge for the OCA in the lawsuits filed on behalf of the girls in a bid to secure compensation from the Government.

This may be the first sign of victory for the girls who survived the ordeal. But for many of them, life will never be the same.

However, a source close to the unfolding negotiations was less than impressed with the Government's delay in accepting liability. "The Government should have accepted liability long ago. A compassionate government would have, but they had to be pressured into it," the disgruntled source said.

It is reported that late last month, word came from the attorney general's chambers that Cabinet had granted approval for settlement of these claims, but had proposed to "put in a defence as to quantum only, and thereafter enter into settlement negotiations".

"They (the Government) do this to protect themselves," the source explained.

When contacted, Justice Henderson Downer, deputy children's advocate, was reticent about the matter, especially regarding the amounts being sought in damages since it was still the subject of litigation. "You say the public has a right to know, (but) there is a rule called the sub judice rule where you don't disclose things that are coming up for litigation because it will prejudice the trial, and that is why I have to be careful," he said.

An OCA source revealed that in a letter dated February 1, 2011, the OCA informed lawyers representing the Government that Children's Advocate Mary Clarke had briefed Samuels-Brown, lead counsel, and Nicole Wright, legal policy officer at the OCA and junior counsel on the Armadale case, to conduct the litigation on behalf of the victims.

The children's advocate is quite pleased with the development. "I'm so happy that we have reached this stage of the process where we have filed claims and have actually got a response from the Government. I'm really happy, and I hope the negotiation process will not be too tedious and difficult," Clarke said.

She told The Sunday Gleaner that she desired an out-of-court settlement. "We are hoping that when the negotiations are ongoing and the parents are consulted, it would be unnecessary to go through the lengthy court process," the children's advocate said.