Buju vs USA -'Not an easy road' 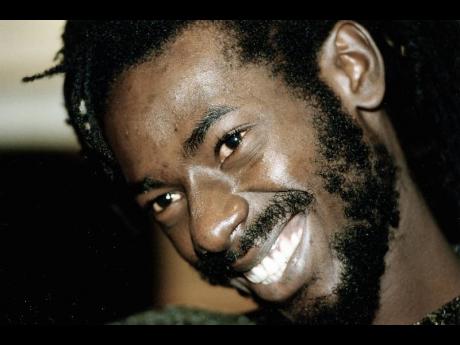 A day after receiving the Grammy award for reggae, and after more than a year of living a nightmare, dancehall superstar Buju Banton will today begin a second attempt at gaining his freedom.

The 37-year-old singer was arrested by police in Florida, United States, in December 2009 on drug and firearm charges and since then, he has lived with the frightening prospect of a long time in prison.

Today, he begins a new fight, five months after a hung jury forced the judge to declare a mistrial and left him in limbo.

Buju, whose real name is Mark Myrie, admitted he boasted about his underworld connections, that he checked a substance believed to be cocaine and tasted it, but he said that was all part of a show and he had no intention of actually taking part in any drug deal.

Five months ago, members of a jury were unable to agree on who to believe - US prosecutors who claimed Buju was a major drug dealer, or the music icon who said he made a mistake after being pressured by a man who later turned out to be a paid police informer.

According to Buju, he was entrapped by a confidential informant and got in over his head while trying to impress the man.

But the US prosecutors say Buju conspired with two associates to buy a shipment of cocaine.

Their sentencing is scheduled for next month.

The two refused to testify in the first trial and are expected to take the same position this time around, even though Mack gave a sworn statement that he did not know Buju and was not involved in any drug deal with him.

Today's second trial will begin with the selection of the jury which will be asked to decide if Buju walks free.

But this time around, Buju will face more charges.

"Buju is not guilty. The number of charges doesn't change that," claims David Markus, who is representing the Jamaican.

"The prosecution wasn't happy with the first trial, so now it is trying to throw as many charges against the wall in the hope something sticks," Markus argues.

But the prosecution is rejecting that claim, arguing that "there is nothing improper or multiplicitous in the manner in which the defendant is charged with these crimes".

The prosecution has also indicated that it will underscore the nature of each charge when it addresses the persons selected to form the jury.

"Each count of the indictment charges a separate crime. You must consider each crime and the evidence relating to it separately. If you find the defendant guilty or not guilty of one crime, that must not affect your verdict for any other crime," the prosecution has indicated that it will instruct the jury.

In response, Buju's lawyers have indicated that they will seek to remind jurors: "The burden of proving each element of a crime beyond a reasonable doubt rests upon the prosecution and that burden never shifts to the defendant. The defendant in a criminal case has no obligation or duty to prove his innocence or offer any proof relating to his innocence."