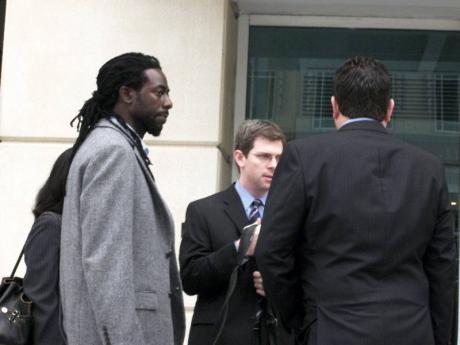 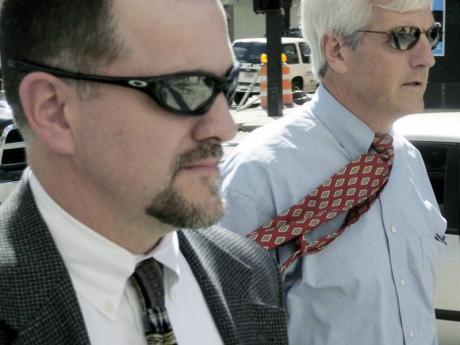 Our life and our destiny are sometimes predestined, and no matter where
this journey takes me, remember, I fought the good fight. It was a great
man that said my head is bloody but still unbowed. I love you all,
thank you for your support. -- Buju's statement to supporters, read by his attorney, David Oscar Markus.

ONE HUNDRED and forty-eight days after a panel of jurors failed to reach a verdict on whether Buju Banton was innocent or guilty of cocaine-related charges last September, a new panel that listened to the case against the reggae superstar has found him guilty.

The jury, which included three African-American women, yesterday returned a guilty verdict for three of the four charges brought against the Grammy-winning artiste, whose real name is Mark Myrie.

The iconic Jamaican artiste, whose sentencing hearing date has not yet been determined, will now face 15 years to life behind bars.

Buju has been found guilty of conspiracy to possess with intent to distribute five kilogramsor more of a mixture and substance containing a detectable amount of cocaine, knowingly and intentionally possessing a firearm in furtherance of and during the course of a drug-trafficking crime, and aiding and abetting others in using a communication facility in the commission of a felony.

The jury, however, returned a not-guilty verdict for attempting to possess five kilograms or more of cocaine.

Defence attorney David Oscar Markus, who, in closing arguments last week, begged the jury to return a not-guilty verdict, was a broken man when he descended the steps of the Sam M. Gibbons Building which houses the United States Middle District Court, Florida Division, in Tampa.

"We are all very upset and disappointed and emotional. The only person who seems to be OK is Buju. We just saw him in the lock-up and he told us that he was happy that he fought, knowing that he is innocent," Markus said.

His colleague, Mark Seitles, who an hour earlier interpreted questions asked by the jury in relation to two of the charges as a ray of hope for Buju, wept as he walked from the courthouse.

"If these are the questions, then it's definitely not guilty," Seitles had whispered to Markus just after 1 p.m. in the courtroom.

The prosecution, led by Jim Preston, argued in court that Buju, who bragged in conversations with an informant about being part of a major cocaine-trafficking ring, conspired with his long-time friend Ian Thomas to purchase cocaine from undercover detectives at a Florida warehouse.

Buju was not at the warehouse when the crime was committed, but the prosecution pointed to the recorded conversations of him saying he does not get involved but stays in the trenches as evidence that he was a behind-the-scenes man.

Thomas, along with James Mack, who has said he has never met Buju, was arrested on December 10, 2009 when they presented more than US$130,000 to the detectives and were about to leave with the cocaine.

Buju has denied the claims made by the US government. While on the stand last week, he said he was "stupid" to have said the things he did and even to have tasted the cocaine in the warehouse. He, however, said the conversations captured by the informant, Johnson, had no flesh on them, as he was "just talking".

Buju has also said he would not have fought for his life and his freedom if he had committed the acts.