As hype grows around Raheem Sterling 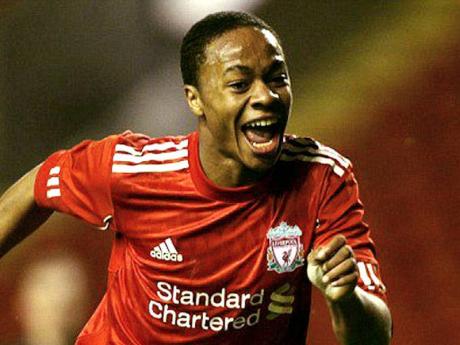 The hype machine around 16-year-old Jamaican-born Liverpool prodigy, Raheem Sterling, is in full motion following his inclusion in the club's senior squad that travelled to Prague last week ahead of their Europa League contest.

Sterling has been grabbing headlines and has been the topic of hot discussions since his pricey £300,000 (JM$41.7 million) transfer from the Queen's Park Rangers academy to the Liverpool youth set-up early last year.

After all, it's not every day that those kind of funds are tossed around for a 15-year-old, as he was at the time of the transfer.

The former Maverley resident did not actually play in that Europa League game - an event which would have made him the youngest ever Liverpool first-team player, but it showed that manager Kenny Dalglish has him on his radar and that the talent of the young Jamaican is being recognised at the highest level.

It's a talent that his mother, Nadine, who chose not to state her surname, believes can be put to good use also in Jamaica.

Speaking exclusively to The Gleaner from Merseyside recently, Nadine, who has repeatedly expressed a desire to see her son - who has actually represented England's youth team - turn out for his native country, shared a desire to keep him close to his roots.

She believes the youngster is a positive influence to his peers back home and has been encouraging him to accept his increasing role as a motivator to young Jamaicans.

She is hoping the opportunity will present itself to have him come back to Jamaica and play a role in encouraging the local youth, particularly those who are from difficult communities, to strive for their goals.

"He is definitely a positive influence," said Nadine. "He was born and bred in Maverley and I have even started suggesting to him that when everything is settled and the time is right, it would be great for him to go back to Jamaica to his former school in particular. and talk to the kids about not giving up on their dreams and working hard for success and stuff like that."

She added: "It's in the making and when the time is right it's something that I would love to get him involved with," she continued.

Nadine spoke fondly of her experience watching her son's development into one of the hottest properties in British football and expressed her confidence that he will continue that growth.

"He chose to be a footballer. He used to kick the ball a lot in the house and I used to warn him about breaking my stuff," Nadine laughed, reminiscing on the days shortly after they left Jamaica while Sterling was just seven years old.

"He would always say that I should take him somewhere where he could play freely and we found a programme for him. I had to pay, and it wasn't cheap, but he loved it so much so I kept him in. He loved it so much, rain or snow, he would be out there playing," she added.

"I do believe he will be a success," Nadine pointed out. "He is a calm boy actually. He is determined to make it to the first team, eventually, and he does well at remaining focused. He never seems to be drawn into everything that goes on around him and that is a good thing."