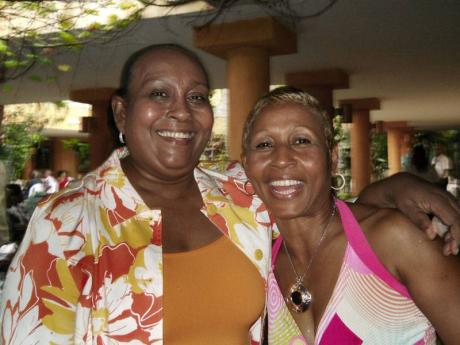 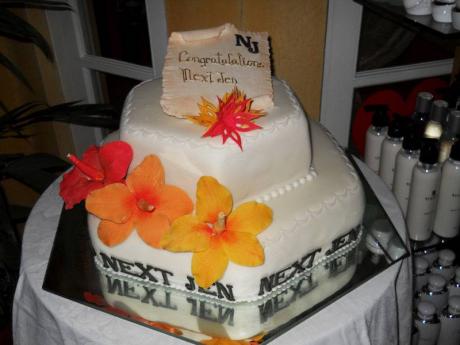 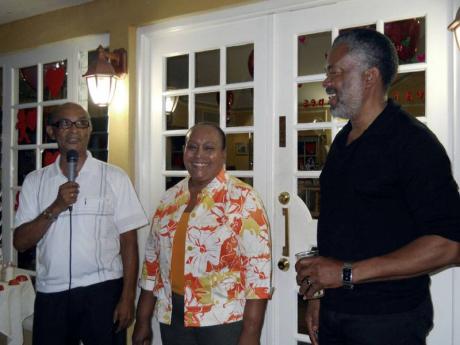 Valentine's Day was special in the life of the Jencare Skin Farm family. Owners Jennifer and Lloyd Samuda officially welcomed their daughter Peta-Gaye by launching NextJen, a new line of over 25 products on the international market with an all-day 'Sparty' .

First introduced to the public in this publication's women's tabloid Flair, the line includes bath gel, lotion, body butter and lots more, and Peta-Gaye who is now managing the Florida branch of her parent's more, than 30-year-old company, hopes to carry on the tradition of showing women at their most beautiful in a safe, comfortable and professional environment.

The 'Sparty' began at 10 in the morning, ending with the formalities after six on the annual night for lovers. Couples, families and friends of the Samudas relaxed in cosy nooks set up around the garden and fountain. They also listened to a selection of music by Lloyd and made use of the spa facilities between bites of a most sinfully delicious menu. The cornmeal pudding was the stuff of which confessions are born and people are still talking about Jennifer's famous turn cornmeal.

One of Jencare's first customers, Blossom O'Meally-Nelson described the event as "a moving occasion and impressed with young Peta-Gaye who is as conscious of others and confident in herself, as her parents. It takes successful parents to raise children who are not only conscious of their wealth but who use it as a good start to work hard and better themselves," she said.

Also lauding the work of their son, Michael Samuda, O'Meally-Nelson said he had worked behind the scenes and made valuable contributions in a business marked by focus, risk-taking, hard work and going on when the owners felt weak.

Banker Wayne Powell who was master of ceremonies, congratulated the team for a job well done and Reverend Webster Edwards blessed the new products and celebratory cake.