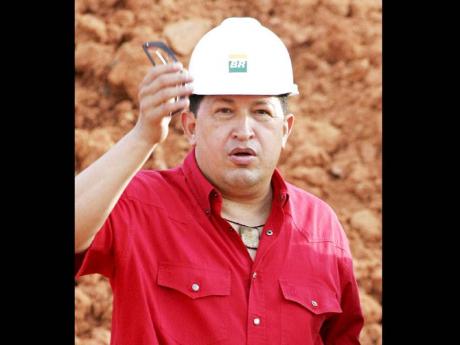 Venezuela's economy contracted 1.4 per cent in 2010, its second consecutive yearly drop, but the country showed signs of recovery during the final three months, the Central Bank said Tuesday.

The drop in gross domestic product, coupled with 27 per cent inflation, made Venezuela end 2010 with Latin America's worst economic indicators.

Venezuela has been in recession for two years, and its economic problems have lingered even as other nations in the region have resumed growing. The Venezuelan economy shrank 3.3 per cent in 2009.

They argue Chavez, a self-proclaimed revolutionary, scared off needed foreign investment with a wave of expropriations and failed to diversify the economy.

The central bank said higher public spending and oil sales - the lifeblood of Venezuela's petroleum-based economy - helped spur 0.6 per cent growth in the fourth quarter, thereby "breaking the negative tendency" of the economy.

Oil-related economic activity in the October-December period increased 1.8 per cent, the first rise after decreases during the six preceding quarters.

Venezuela's economy relies heavily on its oil industry, which provides about 95 per cent of the country's export earnings.

Other areas of the economy, including construction, manufacturing and commerce, did not bounce back.

Government officials have predicted the economy will expand two per cent this year.