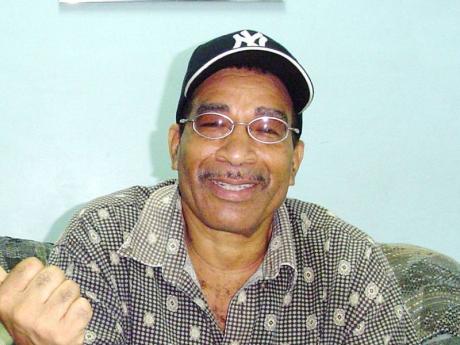 Reggae Britannia, a documentary on the influence of Jamaican popular music on British culture, is currently being shown by the British Broadcasting Corporation. Throughout March, this column looks at some of the key moments in musical history shared by both countries. This week, keyboardist Ansell Collins of Double Barrel fame is featured.

Keyboardist Ansell Collins was just 23 years old when he and Dave Barker packed their bags and left for London in 1971 to promote their hit song, Double Barrel. Next month, the duo will reunite at the April 21-24 London International Ska Festival to mark the 40th anniversary of its British release.

Double Barrel went to number one on the British national chart. It was the latest hit in that country by Jamaican artistes following Millie Small's My Boy Lollipop, Desmond Dekker and the Aces Israelites and Blood and Fire by Winston 'Niney' Holness.

Now 63, Collins says he is excited about performing once again with the 65-year-old Barker who has lived in London since the early 1970s.

"I'm looking forward to it, wi talk a lot on the phone but wi haven't seen each other in over 10 years," he said

It was Riley's idea to bring in Barker (real name David Crooks), a little-known singer whose exuberant "I am the magnificent!" intro was overdubbed at producer Joe Gibbs' studio.

It was not the first hit song for Collins, the eldest of eight children born in the Maxfield Avenue area of St Andrew. He actually started out as a drummer, playing on singer Delroy Wilson's version of the Isley Brothers hit, This Old Heart of Mine.

After switching to keyboards, Collins recorded the instrumental Night Doctor, the first song Dunbar played on. It also did well in Britain.

Double Barrel, however, was his crowning moment. Its beat was distinctly Jamaican, but Barker's James Brown-type bellow gave the song a crossover feel. Collins said he held onto the tape for three years before Riley came into the picture.

The song was an instant smash in Britain and earned Barker and Collins a spot on the highly rated Top Of The Pops television show. Though they did a year of shows throughout the country, Collins said there was no great financial reward.

"Wi get £45 a week playing mostly clubs. The song was big but wi didn't get anything great in terms of money," he recalled.

Dave Barker and Ansell Collins had another British hit with Monkey Spanner, but went their separate ways after recording a third song called Spider Man. Barker stayed in London while Collins returned to Jamaica and continued to work as a session musician on some of the biggest hits of the 1970s.

He was a regular at the hot Channel One studio where his protégé, Sly Dunbar, held down the drummer's seat as a member of The Revolutionaries band. Collins has played on massive hits including Toots and The Maytals' Pressure Drop and Sweet and Dandy, the enduring instrumental Stalag with the Soul Syndicate Band, Love is Overdue and Soon Forward by Gregory Isaacs, Woman Is Like a Shadow by The Meditations, Natty Never Get Weary (Culture), Dreamland and Stepping Outa Babylon (Marcia Griffiths) and Sugar Minott's Good Thing Going.

Collins was a member of Jimmy Cliff's recording and touring band for many years. He has also recorded five solo albums.

His manager, Ra-Umi Alkebu-lan, believes Collins is one of the unsung pioneers of Jamaican popular music.

"He has made a significant contribution to Jamaican popular music form. There is no doubt that his name is cemented in the history of our music," said Alkebu-lan. "For his accomplishments, he has not gotten the respect, reward and recognition that he deserves".

Because Winston Riley is credited as producer of Double Barrel, Ansell Collins said he and Barker have never earned substantially from the song.

It resulted in a longstanding rift between himself and Riley, who would later help break artistes like Sanchez and Buju Banton.

In addition to Dave Barker and Ansell Collins, Ken Boothe and Bob Andy and Marcia Griffiths are scheduled to perform on the London International Ska Festival at the Clapham Grand Theatre.