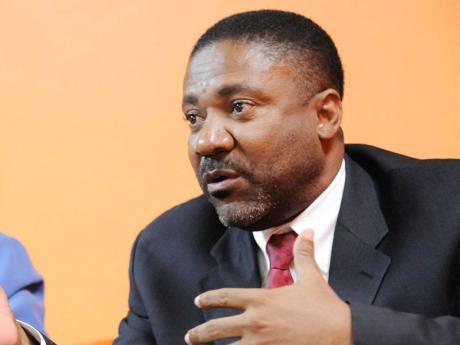 PHILLIP PAULWELL, the opposition spokesman for energy, has refused to back down from his proposal for Jamaica to establish a nuclear facility to help generate power.

Paulwell, who advanced the proposal two years ago, maintained his stance despite an earthquake and subsequent tsunami in Japan shaking a nuclear power plant there, raising fears of a nuclear meltdown and harmful radiation exposure.

"The particular plant in Japan in question now is 37 years old," Paulwell told The Gleaner.

He argued that nuclear technology has moved "tremendously since then and, in fact, what we are proposing for Jamaica is a self-contained device".

Paulwell said the technology is 18 months away from commercial production and his proposal would involve the purchase of a facility the size of a bathtub to generate about 50 megawatts of capacity.

"They are almost earthquake-proof," Paulwell said.

Since last Friday's catastrophic earthquake and tsunami in Japan, there have been rising fears of a nuclear meltdown and harmful radiation exposure.

On Saturday, a hydrogen blast destroyed the housing around the reactor, leaving the shell intact but resulting in the mass evacuation of more than 185,000 people from the area.

Scientists say that if a complete reactor meltdown - where the uranium core melts through the outer containment shell - were to occur, a wave of radiation would be released, resulting in major, widespread health problems.

Paulwell said that the countries using old nuclear technology could learn from Japan's misfortune and upgrade their technology.

Paulwell has contended that utilising nuclear energy is one of a menu of options the government should consider in order to reduce the country's dependence on oil.

However, Prime Minister Bruce Golding has not been receptive to the idea. During his contribution to the Budget Debate last April, Golding said introducing nuclear energy to Jamaica is potentially catastrophic.

"We have looked at that but we have ruled it out for a number of reasons: environmental concerns, high capital costs, long lead time (15 years) and the challenges involved in operations, maintenance, waste disposal and decommissioning.

"The siting of such a plant would also be hazardous in a country of Jamaica's size and population density," Golding said.

But Paulwell countered saying, "Nuclear energy production has come a far way from the doomsday scenarios painted by science-fiction writers. Nuclear facilities are now much safer and cheaper to construct."

He said that despite Jamaica being situated in an earthquake belt, the technology to be utilised would not put the country at risk if nuclear energy is introduced to the island.