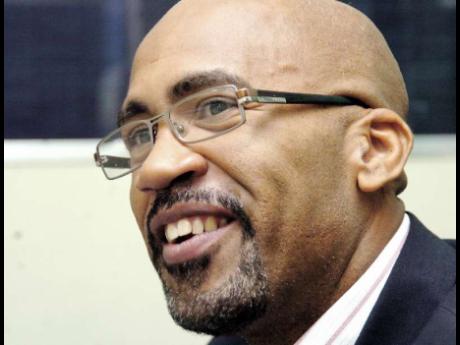 Recent management literature claims that inspiring employees is all about building a lofty vision and communicating it to the uninspired. While that idea has obvious merit, it is not the only way for you, as a professional, to elicit your Jamaican employees to extraordinary action.

They stay late, go in on weekends, and take calls from their sick-beds to ensure that projects stay on track. Our companies in Jamaica vary widely in terms of this effort.

Some companies are ghost towns at 4:31 p.m., while others have to chase people home to prevent them from burning out.

If your firm is a typical one, then it probably has more inspired managers than inspired employees. Yet, it is likely that your employees are no slouches. You know this because they are presidents of PTAs, laypastors in churches, and coaches on football and netball teams. They are simply not spending their discretionary efforts at the workplace, for reasons that company leaders cannot fathom.

Many leaders respond to this behaviour with bitterness, thinking of their people as lazy or short-sighted. They try hard to educate them, end up talking down to them, and only reinforce the 4:30 rush out the door.

If your people are tired of you trying to pump them up with pictures of shareholder wealth and future bonuses, consider that they are no longer "vision-able" and that something else must be tried.

Luckily, we Jamaicans are open to other approaches.

Other cultures get confused by the way we Jamaicans use 'honorifics': big man, boss lady, mummy, elder, nice lady, and queen are titles meant to build up the listener in a way that confers immediate respect.

Terms such as 'Mr Gardener' and 'Miss Security Guard' are meant to recognise someone's power, even when it doesn't formally exist.

As an 11-year-old first-form student at Wolmer's, I was among those addressed by our new headmaster as 'Gentlemen' because we were expected to behave as such now that we were Wolmerians.

Under the gaze of former headmasters in portraits from the 1890s, this was a particularly poignant act that began shaping our young lives in dramatic ways.

Our headmaster didn't create a vision. He 'named' us at that moment, and from that point on, he expected nothing less than gentlemanly behaviour.

In some Seventh-day Adventist churches, pastors refer to their members as eagles who nest high up on the rocks, and occupy the highest altitudes.

They hold themselves to a loftier standard than others, and while you may not believe in the teachings, it is no accident that this denomination is one of the fastest growing. This 'naming' is powerful.

The United States Marines took a similar tack. In response to falling enlistments in the mid-1990s, the four branches of the US military took different paths. The army, navy, and air force lowered their standards to let in more recruits. The US Marines did the opposite. They raised their standards, and made it tougher to become a marine by introducing 'Hell Week' - a 56-hour sleep-forbidden ordeal.

The result: applications to the Marines have soared, while the other branches continue to struggle to meet their quotas.

What these stories have in common is that leaders dared to create a unique identity for their followers, and then asked them to live up to it. In essence, they appealed to people's highest sense of themselves.

We Jamaicans certainly have a lofty picture of ourselves as a people. We are proud and often talk about our uniqueness.

Some leaders have built on this fact and have forged organisations, companies, and groups that are so strong that when you stray from the script, you are warned by others around you that 'we are different' and 'around here, a no so it go'.

There is no fear or threat in these statements; just a reminder of who you are and what's expected of you. There is no vision of the future being created either.

Executives who go on about 'creating shareholder value' often lose their listeners, especially when the owners are already rich and living abroad in daily comfort. Instead, they would be better off crafting an identity, and fashioning a workplace that is worthy of exclusive membership not easily granted to everyone who applies for a job.

In our minds as Jamaicans, the sin of hypocrisy is much worse than that of bad judgement. At the same time, we love and appreciate an honest redemption story.

Most of us have some experience following this process in the quiet of our spiritual lives.

Corporate leaders can do the same by honestly examining their actions. One CEO wrote his employees to apologise for not giving 100 per cent of his efforts. He read his letter in an open session, and even the most cynical could not help but agree that it was the right thing to do.

This kind of honesty is so rare in corporate life that when it happens everyone stops to listen. It is not like the proclamations of breakthrough profits, new strategies, new vision statements.

While we hate hypocrisy, we love muscular leadership that demonstrates its strength by taking big risks to send similar messages. We respect Norman Manley's wisdom, but we love Bustamante, who spent years in prison, and bared his chest while shouting: "Shoot me first, but leave my people alone."

Corporate leaders need not rend their garments in order to inspire others. Instead, they can look for opportunities to tell the truth in refreshing ways.

It is an update to the words of Gandhi: "If you want to transform your company, become the biggest change, while letting everyone see you struggle."

All of this probably sounds like nonsense to leaders who are intent on looking good at all costs; but they aren't the ones who inspire their employees.

Those who do are willing to ask much of themselves and others, and end up accomplishing big, memorable goals that matter.