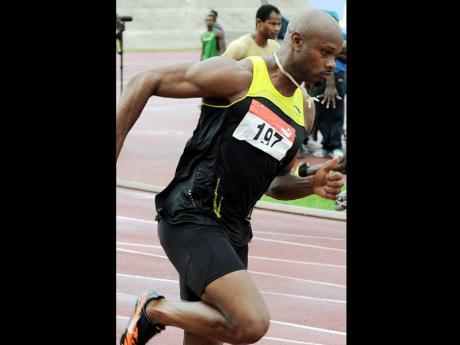 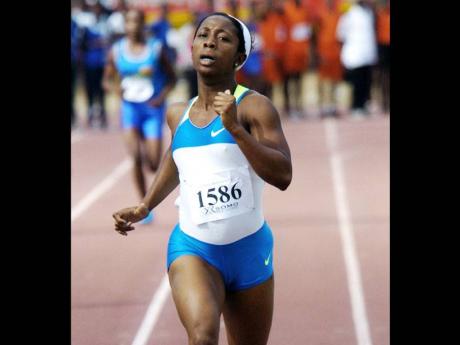 A number of top World Championships and Olympic Games stars are expected to be on show at the fourth staging of the University of Technology (UTech) Track and Field Classic slated for Saturday, April 16 at the National Stadium.

With UTech being the home of the Maximum Velocity Performance (MVP) club, athletes such as former world 100m record-holder Asafa Powell and Shelly-Ann Fraser-Pryce, the World and Olympic 100m champion are expected to compete.

"The coaches have assured me that all our elite athletes are in great shape, fit and ready to perform," MVP's president, Bruce James, disclosed while speaking at the press conference to launch the meet yesterday at the Knutsford Court Hotel in New Kingston. "However, the meet is on April 16 and the athletes will only come out to perform if they are fit and healthy to do so," he hastened to add.

The 2009 World Championships gold medallist in the women's 100 metres hurdles, Brigitte Foster-Hylton, is poised to make a return to the meet where she suffered a horrific injury to her left hamstring that kept her out of action for 11 months.

"The challenge is that last year at the UTech classic she was not feeling well, but decided to take a chance and in so doing she ran and hurt herself badly and was unable to run for the rest of 2010," James explained, while pointing out that the MVP athletes are not all likely to participate in their customary events.

"You are not going to necessarily see them in their individual races, but you must be used to seeing Asafa Powell run the 4x100m, and I expect that he might very well turn up there," James shared.

The classic will this year feature three new events: the 1500m, the female high jump and the male shot put.

"The UTech Classic wants to put on show whatever is good in Jamaica's track and field at this level, because we believe in not only developing our sprinting but to take it to another level," meet manager Paul Francis explained.

Though not willing to disclose the names of some of the top overseas athletes down to participate at the meet, which is slated to commence at 4 p.m. with the opening ceremony and end at 8:15 p.m. with the running of the 4x400m for men, Francis promised an exciting evening.

"There will be fantastic competition in the 4x100m open as well as the 100m and the 400m in particular," Francis declared.

Persons who pay the entry fee of $700 for the grandstand and $100 for bleachers will also get to witness a number of the top high school, prep and primary school and members of the Special Olympic team athletes in action.

The meet will be preceded by the inaugural annual coaching conference which will be staged at the Jamaica Pegasus hotel on April 15 from 8 a.m. to 4:30 p.m.