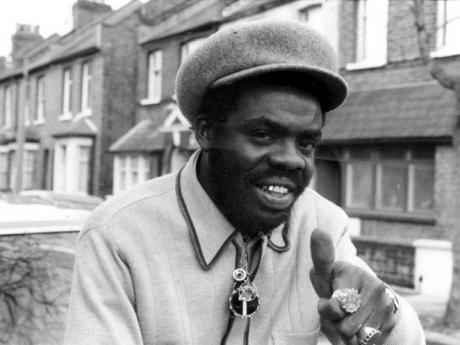 Jah Thomas on one of his early British trips. His special recordings for sound systems started from his England experience. - File 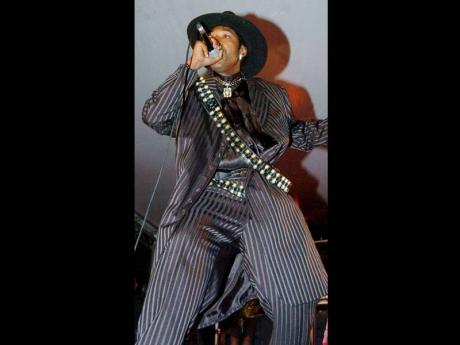 Pinchers, who Jah Thomas said he does a lot of dub plate work with. - File Photos 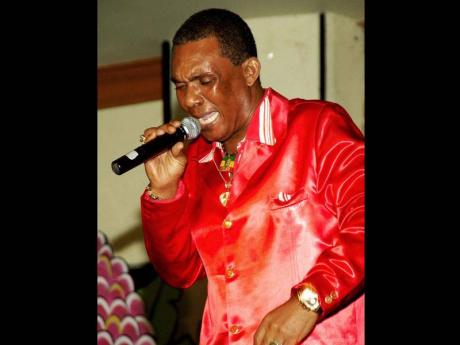 Ken Boothe, who Jah Thomas has recorded for a special on a laptop in a studio yard.
1
2
3

THE DUB plate is an essential part of any serious sound system's arsenal of records, announcing not simply the sound's presence but its power. Better known as a 'special', the recording - most often an adaptation of an already-popular song - is personalised with the name of the sound system and its selectors and owner.

A distinctly Jamaican phenomenon, as sound system culture has spread throughout the world, so has the demand for specials. However, sound system operators from abroad are not always able to come to Jamaica to voice specials, and neither would it be cost-effective for them to travel from afar every time they wanted personalised recordings.

That is where Jah Thomas, who counts Shoulder Move among his popular recordings, comes in, collecting the required information from overseas sound system operators, arranging to have the specials done and the prized recordings returned to them.

All for a fee, of course.

"Them send the money by Western Union and the song by email, or them might talk to me on the phone," Jah Thomas said. "I find the artiste - sometimes mi have to go country. If him can't come into the studio, mi carry a laptop and voice him, all pon him verandah. Mi voice dub plate in studio yard whe busy and only the singer you hear. Mi voice Ken Boothe under a tree at Sound Waves Studio, and you no hear nothing else - and the studio crowded".

He got into the business of specials almost from he started voicing them himself in 1979 when he went to England to perform.

"Blacka Dread and Festus on the sound, Coxson, in England, and Natty from, Frontline, if mi come tonight, them come fi mi same night an carry mi go studio. All the song mi have, them pre-release on dub plate and then take some on special," Jah Thomas said.

"By voicing specials for them in England now, mi come back a Jamaica an' link up with One Love (Italians with a base in Jamaica). Mi link up with a Japanese lady name June," Jah Thomas said, these persons making the special link in their home countries, which have big reggae markets. It is all business, though, as he says "them get a fraction of the action. Them don't do it for nothing".

Turnaround time was a bit slower in the early days, as Jah Thomas said, "We never had no Internet, so we used to work with Fed Ex, phone and Western Union. Now, taking orders through his prince.thomas65@gmail.com email address, Jah Thomas said, "When de money reach a man get him tune in 48 hours. As long as the artiste deh pon the island."

He
takes orders from far and wide. In Portugal, there is Papa Paulo - who
Jah Thomas has never met, although they have been doing business for
nearly two decades - Black Lion and Trevor from Bermuda, as well as Joey
T and Hot Wax from Grenada. He has even supplied dub plates to a sound
system in Israel and is currently doing work for Nasty Rockers from
England.

"You
will have sound man you send dub plate, and when it reach him find how
much fault," said Jah Thomas. Plus, there is the occasional non-paying
client, Jah Thomas fuming about a particular sound system in Texas which
did not send money to Jamaica as promised.

There
is another kind of dishonesty which has damaged Jah Thomas' special
business, as there are some persons who are using artistes who sound
like popular performers and creating imitation specials.

"It
really down now, because them sell it out. Them a splice. You have ways
to do it where sound man don't know that is Jimmy Riff, not Jimmy
Cliff," Jah Thomas said.

To
become effective specials, well-known songs have to be adjusted and Jah
Thomas gets involved in the required rewriting. "Me put the song
together sometimes," he said. "Some of the artiste only know how to sing
them hit song." There are two ways to do a song as a special.
"Sometimes them want a killing song, sometimes them want the sound owner
name mention and him selector," Jah Thomas said, deejaying Shoulder
Move special style in both formats for The Gleaner.

"Most time, if a no clash them no want no killing tune, because them want something that can play every night."

There
is another angle to Jah Thomas' special enterprise, as he also
facilitates persons who want to come to Jamaica to take a hands-on
approach to recording their personalised songs. Jah Thomas said they can
call him and he will find them somewhere comfortable to stay, pick them
up at the airport and do transportation.

"They
say honesty is the best policy and I prove it to them," Jah Thomas
said. And he easily stakes his claim as a master of his business. "Any
artiste, any riddim, mi find that," Jah Thomas said.