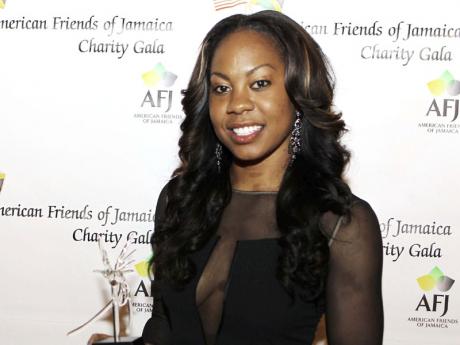 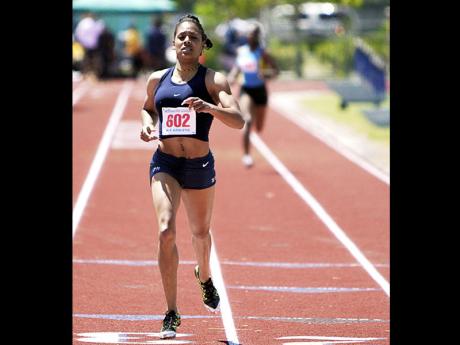 Debbie Dunn finds as much joy whipping up a dish of salt fish, country pepper, onions and tomatoes - add dasheen and plantains - as she does slipping into a jersey branded 'USA' across the chest.

She was equally comfortable leading off against Jamaica's Shericka Williams in the international 4x400 metres at the 2011 Penn Relays, as she was running past Williams to help 'USA Red Team' to victory on April 30.

Jamaica, where Dunn was born and first tried track at Walkers Wood All-Age in St Ann, is home. But so, too, is the United States (US), where she migrated as a teen, attended high school and university before blossoming into a world-class quarter-miler. Dunn has Jamaican and US flags in her Virginia house, snacks on patties and is coached by an American. It's the best of both worlds and she embraces it.

"I love Jamaica," Dunn said a few days after 'Penns' in a convincing tone. "I love the US too. I love both."

Yet, the decision for Dunn to represent the US wasn't complicated soul-searching. No tug of war or pangs of guilt. After excelling at Norfolk State University (NSU), where she earned All-American honours, Dunn came to Jamaica's national trials hoping to make the team to the 2000 Olympic Games in Australia. The move backfired. Dunn failed to reach the final of the 400 metres. That hurt.

She returned to the US and took a year off from track to figure out her future. In the interim, the girl who had left Jamaica and almost her entire family at age 13 - mother, three brothers and a sister at the time - to join her father and stepmother in the US acquired American citizenship.

She returned to the track. The US offered support, so Dunn started to run in the red, white and blue around 2003. She didn't labour much over the choice.

"It wasn't something I thought about," admitted Dunn, who once incorrectly believed becoming an American citizen meant she no longer qualified to represent Jamaica.

"It wasn't like I said I didn't want to run for Jamaica. I love running for my country. There's no regret. It was an opportunity to run for the US and I took it.

"When it comes down to it," added Dunn, who by then had turned professional, "it's a business."

For a while, not many knew how serious. Dunn was slow to light up the world stage. She was still far away from performances like her personal best and 2010 world-leading time of 49.64 seconds in the outdoor 400 metres, the 2009 World Championships in Athletics (WCA) gold she won as a member of the US 4x400 team, or last year's IAAF World Indoor and US national outdoor titles.

Furthermore, others, like Sanya Richards-Ross, for years the world's top female quarter-miler and reigning WCA champion, had made a similar choice but carried a much higher profile. Not all Jamaicans were happy Richards-Ross chose to run for the US. Dunn, meanwhile, was flying under the radar. That suited her fine. Early on, even some of her US teammates were clueless to her background.

"I've had them say 'Debbie, I didn't know you were from Jamaica'," Dunn said. "They were shocked ... . Sanya, they know she's Jamaican. She's a great athlete."

For Richards-Ross, in the race to secure Jamaicans' favour, Dunn may have unintentionally finished ahead.

"I think it is nice not to have a lot of pressure on you," the former Vaz Prep student said with a laugh at Penns. "So (Dunn) maybe got the better of that deal."

Dunn's accomplishments, espec-ially over the past few years, have steadily attracted the public spotlight. The secret of her Jamaican roots is in the open.

If Dunn gets through the tough US trials, this summer's WCA in Daegu, South Korea and next year's Olympic Games in London, England, will offer the chance for the world to know more. After that, she plans to retire. But her connection to Jamaica remains firm. She still remembers the mixed emotions involved in leaving Jamaica for the first time.

"I couldn't wait," recalled the girl nicknamed 'Jackie'. "But when I did I was like 'Oh, wow! I left my family'. At one point I was sad. I missed my family."

Although she never really trained for track in Jamaica, Dunn also missed racing at school, "running everything" - from sprints to long distance - during physical education classes, sports day and whenever she went to other districts to compete.

"We had fun," she recalled.

But she's "OK now," Dunn said, because she has made peace with her personal story. She picked up track in the US first at High Point High School and then Fairmont Heights High School. She visits Jamaica during the off-season to see her family, but always wishes there was more time.

"It's not enough," she said of the two to three weeks she usually spends in the island, "but I can't miss my training."

Both her father, Sidney Dunn, and stepmother, Flora Plunkett, have died. But her mother and siblings still live in Jamaica. Dunn, a strikingly attractive 33-year-old, is consumed by a single passion.

"Actually," she said laughing, "I'm married to track and field."

Still, Dunn has lots of love to spread around for her natural-born and adopted countries. Among the reasons she chose NSU was because the school's colours are predominantly green and gold, "like Jamaica's," she said. She's also cool with her Jamaican on-track rivals, like Williams, who placed second to Richards-Ross at WCA 2009, and Novlene Williams-Mills, WCA 2007 bronze medallist.

"I have no problems running against Jamaicans," explained Dunn, who said she has never felt any animosity from Jamaicans. "We're friends, but we're competitors. I'm running to win."

The loyalty lines on the track are always in sharp focus.

Yet, she admires the fervent support Jamaican athletes receive from their compatriots. The huge roar at the Penn Relays when the Jamaicans are introduced, and the raucous chants of "Jam-ai-ca!" that electrifies the atmosphere, especially when there is a showdown with the US, gets her excited, even if she knows they want the US to lose.

With top-quality athletes like Richards-Ross, Dunn, Williams and Williams-Mills, there is a strong possibility that Jamaica-born women could occupy all three spots on the 400 metres medal podium in Daegu. Dunn wouldn't mind, as long as she's among them.

"That would be great," she said.

For Debbie Dunn, it would be the best of both worlds.

'It wasn't like I said I didn't want to run for Jamaica. I love running for my country. There's no regret. It was an opportunity to run for the US and I took it.'