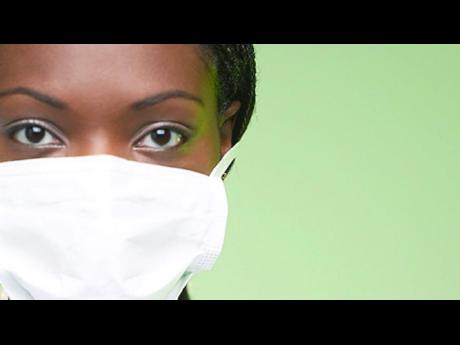 A plethora of problems and student complaints has forced the Ministry of Labour to place a stop order on all programmes in Jamaica designed to train practical nurses for work in Canada.

An investigation carried out by The Sunday Gleaner found that a large number of the practical nurses in training have been wounded by the long wait to get to Canada.

Many of the student nurses believe they were ripped off, while others have been planning protest action against the schools that accepted between $250,000 and $300,000 from them in tuition alone for a chance to live and work in Canada.

Statistics provided by the Ministry of Labour reveal that some three years after the birth of the programme, most of the nurses trained to work there are still grounded in Jamaica.

Since the genesis of the programme in 2008, some 156 persons have successfully completed the academic and practicum requirements. Of that number, only 30 have departed for Canada.

"I recognise that there is a problem with the programme. We have decided that we have to put a hold on the training for that programme until those who have been trained have been sorted out," Labour Minister Pearnel Charles told The Sunday Gleaner on Friday.

"No more enrolment is taking place until we have resolved all the issues affecting those who have been trained. A stop order has been agreed on by all the partners," the minister added.

Dr Ronald Robinson, executive director of the Pre-University School and former state minister in the foreign affairs ministry, did not get the 'memo' from Charles. The Pre-University School is among three participating local institutions that use the curricula provided by universities in Canada to train the nurses in Jamaica. The other two are Knox and Brown's Town community colleges.

The one-time junior minister told The Sunday Gleaner that the current cohort of licensed practical nurses would be the school's last, but that that was his decision.

"That's a personal decision that we took," said Robinson, who claimed not to be aware of a stop order being in force. "If there was a stop order, nobody told me. Nobody has said we have taken that decision," he added.

Charles had explained earlier that students had been visiting the Ministry of Labour since last year complaining that their expectations had not been met.

Robinson contends, however, that the students enrolled in the personal care aid programme want too much. "The expectations of the persons entering the programme are too great," he said, adding that some apparently expected to go away as soon as they had finished their programme.

At the core of the complaints lodged by some of the practical nurses in training, however, is that they have successfully completed the academic portion of the programme and are not able to do the practical segment in the hospitals. Others lament that they have yet to land a job in Canada.

Another problem is that the schools have accepted persons into the programme who did not meet the matriculation requirement. After successfully sitting their exams, those students were barred from entering the public-hospital system to do their practical sessions, which are needed for them to be certified as licensed practical nurses in Canada.

According to Riley, the students were not approved because they did not meet the qualification criteria of an enrolled assistant nurse, which is being used as the measuring rod for the licensed practical nurse programme.

The acting registrar noted, however, that most of the students met the minimum standard and had already been approved.

In an electronic memo issued to students at the Pre-University School, Robinson told the students who the council had rejected for failing to meet the matriculation requirement that they would be sent to private hospitals to complete the required hours of practical training.

However, Riley said the council, by law, is required to approve all nurses who practise in private or public hospitals. "Those we have not sent as qualified should not be practising. Those are not qualified," she said.

Students from the Pre-University School told our news team that they had been waiting since January to do the practical aspect of the programme. The schools failed to have the programmes approved by the council from the get-go and were forced to comply late in the game once they tried to gain access to the hospitals.