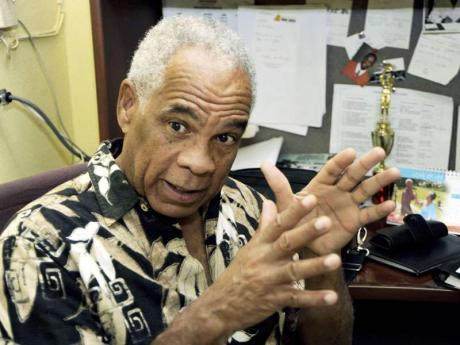 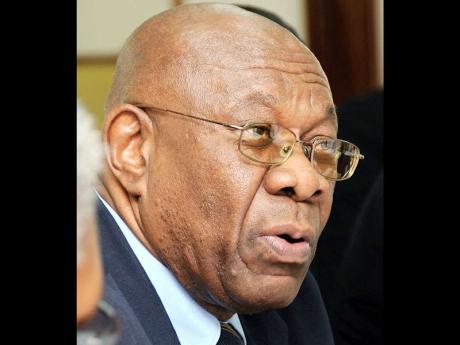 It will take generations for us to fully understand what the destruction in the '90s of several enterprises built by the blood, sweat and tears of hard-working honest, trustworthy and creditable Jamaicans has done to the psyche of our nation. - Beckford. 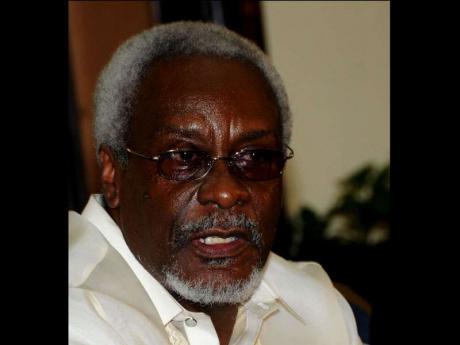 Addressing the Sir Arthur Lewis Institute of Social and Economic Studies 50-50 Forum, 'Surveying the Past to Inform the Future', Patterson insisted that it was the mismanagement of the banks which triggered the financial meltdown.
1
2
3

Former finance minister, Dr Omar Davies, has moved to defend himself and the decisions of the administration of which he was a part over what he describes as "the half-truths and full-blown lies" that have surfaced at the ongoing FINSAC enquiry into the collapse of several Jamaican financial institutions in the 1990s.

The FINSAC commission of enquiry was set up last year by the Bruce Golding administration to determine the causes of the financial-sector meltdown of the 1990s, and to look into the operations of FINSAC during the crisis.

"FINSAC was not the cause of the crisis, rather, FINSAC was established in order to deal with a crisis which had developed in some private-sector banks, insurance companies, and building societies," asserted Davies in an article submitted to The Gleaner and published in the In Focus section of this edition.

Davies encountered the financial meltdown three years after he took over the position of finance minister from Hugh Small and established the Financial Sector Adjustment Company (FINSAC) in January 1997.

FINSAC was given the mandate to restore stability to Jamaica's financial sector after several institutions collapsed in 1995.

Several critics have charged that at the root of the collapse were the policies pursued by the then administration and that some of the institutions and their management were unfairly dealt with by the Government.Davies maintains, however, that the decision to intervene and rehabilitate the failed institutions in 1997 was the right one.

"I respect the views of those who felt that the institutions should have been allowed to fail and creditors paid back whatever fraction of their savings/investments was recoverable when assets were realised. I still maintain the position that intervention and rehabilitation was the correct path," he asserted.

He added: "FINSAC never made a loan, never issued a mortgage or insurance policy, and never operated a pension fund … . Acceptance of this fact in any discussion of the matter is fundamental."

So far, several persons who lost assets or entire businesses have testified at the enquiry of astronomically ballooning debts when the institutions with which they had loans were taken over by FINSAC. Some have given heart-rending accounts of how they lost possessions, and of suicides committed in the face of the mountain of debts.

Experienced realtor Lascelles Poyser said he could understand why some of his colleagues would commit suicide.

But Davies has countered that too many political shenanigans are being acted out under the guise of the enquiry.

"Related to that (half-truths and full-blown lies) is the fact that the commission of enquiry is being manipulated for political gain," charged Davies in his statement to The Sunday Gleaner.

However, some of the witnesses who were high-profile leaders in the financial sector just over a decade and a half ago have presented contrasting versions of the fateful period.

Elon Beckford, former president of the Bankers' Association of Jamaica and former chairman of the Horizon Financial Services Group, is of the view that the then action of the P.J. Patterson administration, with his finance minister (Davies), crippled the psyche of entrepreneurial Jamaicans.

"It will take generations for us to fully understand what the destruction in the '90s of several enterprises built by the blood, sweat and tears of hard-working honest, trustworthy and creditable Jamaicans has done to the psyche of our nation," declared Beckford.

He declared that many young professionals are terribly risk-averse as a result of the calamity that befell the sector.

Dr Paul Chen Young, the former chairman of the Eagle Group of Companies, lamented that FINSAC's handling of the crisis was anti-entrepreneurial and lacking in any long-term vision.

Patterson, who rarely speaks in public since leaving office, late last week jumped into the discussion, largely blaming the banks for the collapse.

Addressing the Sir Arthur Lewis Institute of Social and Economic Studies 50-50 Forum, 'Surveying the Past to Inform the Future', Patterson insisted that it was the mismanagement of the banks which triggered the financial meltdown.

Davies' article supports Patterson's claim. "Objective analyses of the causes of such crises invariably point to bad operational practices in the institutions and the failure of the regulatory system either to detect such practices, or to act quickly once they are detected."

But Audley Shaw, the current finance minister, has scoffed at this perspective.

"At the heart of the financial-sector crisis which destroyed so many thousands of businesses and people's lives, the then Government blamed the crisis on everything except themselves," scoffed Shaw as he closed the Budget Debate last Wednesday.

Financial analyst Ralston Hyman contends that both the Government and the banks must shoulder much of the blame.

He said the P.J. Patterson administration went against sound advice and liberalised the economy.

"The Government of the day must be blamed for the premature liberalisation of the foreign-exchange market … . The country was not ready for that," declared Hyman.

He contended that there was no reserve at the central bank to enable it to intervene on the foreign-exchange market; there was no regulatory oversight to regulate the proliferation of financial institutions that took place after the decision was made.

Ralston also argued that both fiscal and monetary policy were not tight.

"As a result, the exchange rate dropped and inflation rose," he said.

Hyman said the Government moved to a high interest rate in an attempt to stabilise the dollar that hit the productive sector.

On the banking side, the bankers exploited the policy error made by the Government by venturing into real estate, among other things.

"They ran out of liquidity and sought to borrow high interest-rate money from the Government, and in doing so, wreaked havoc on the financial sector."