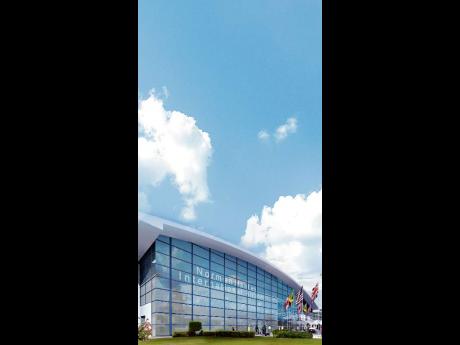 An artist's impression of the new terminal building of the Norman Manley International Airport in Kingston. 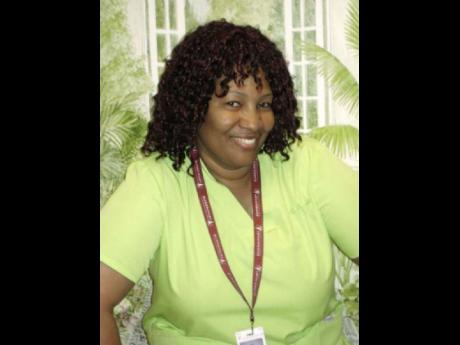 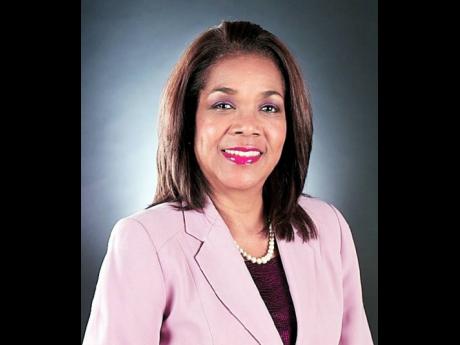 As children born in Jamaica, they played dandy shandy, bat and ball, hopscotch and jacks. As adults, they have invested in real estate and played a pivotal role in sustaining remittances to the country.

However, once they land at the Norman Manley or Sangster International airports here, the words on the immigration form 'Birthplace - Jamaica' seem to mean nothing.

A number of them - Canadian-Jamaicans are now fuming over immigration procedures which allow them only a three-month stay in their country of birth and anything over 90 days requires an application for extension and comes at a cost of J$10,000.00. According to an immigration officer, that policy applies even if it's a one-day extension.

"The Passport, Immigration and Citizenship Agency is now an executive agency. It doesn't matter where you are born, once you own a foreign passport, there is no more 90 days," said the officer.

But for Patsy Morris, a Jamaican-born nurse who lives in Canada, this is all confusing. "When we get back to Canada, they say to us ' Welcome home'. I would like to find out ... who are we?" she asked.

She added, "We were born in Jamaica, live abroad but visit home every year. We have a Canadian passport, but in the passport the stated place of birth is Jamaica."

For Hubert Wilson, an entrepreneur, who has resided in Canada for 19 years, he feels the fact that Jamaicans overseas are unofficial ambassadors for the country, they deserve to be treated with some level of respect. "The number of people I recommend to Jamaica, I should be working with the tourist board. I am an unofficial ambassador, and most of us here are selling the country, that's what we do."

He says his nationality remains Jamaican, yet the last time he arrived at the Norman Manley Airport he was told he could only stay for two weeks.

"At first, I was upset and questioned why I should return there, but I changed my mind because I had my formative years in Jamaica," he said.

As a citizen of the Commonwealth, Wilson could have been landed for up to 180 days, so it is not clear why he was only given two weeks.

Checks made with head of the Passport, Immigration and Citizenship Agency (PICA), Jennifer McDonald, confirmed that all Canadian citizens can stay up to 180 days based on the upper limit in the Immigration Restriction (Commonwealth Citizens) Act.

Up to December 2008, Jamaicans with other passports were not subject to these restrictions. However, in January 2009, the landing period was standardised to 90 days, and a fee for extension of stay was introduced later that year.

"Prior to that, we had various landing periods (14 days, 30 days, 90 days, 180 days, etc.) that were cumbersome for administration and would have been too short for some visitors who would then require an extension," said McDonald.

For Anita Jones, who returns home often, her main challenge is the feeling of being an illegal immigrant each time she comes home. "I used to run up and down in this country as a child and I can't buy an open ticket when I am returning home. It is not a nice feeling", she stated, adding that, "A lot of us would love to come home, but there is fear of crime and there is fear of immigration."

Like all the others who spoke with The Sunday Gleaner, Customs is also a major problem, "When you bring gifts for your family, they give you so much hassle. They charge us for taking gifts for our nieces and nephews; that is has become a deterrent to take anything for them," said Jones.

According to the woman who works as a porter in a hospital, many of her friends say they will never return to the country. "We work hard and when we want to come back and enjoy the country for a few months, they are scaring the hell out of us. There should be no stipulation on us when Indians and Chinese are coming in without any problem as long as they open a business, the Government lets them in," she argued.

But the PICA head says landing decisions at the ports of entry are influenced by the nationality of the passenger as presented in the passport as well as the stated purpose of visit. "This practice of landing a passenger based on the passport presented in standard practice internationally," she explained.

She said since the 90 days, there have been no complaints and the number of applications for extensions of stay has not increased.

Still, Marcia Matthews is not placated.

Matthews, who says she will retire in Jamaica eventually, left the country because of the prospects of a better life. "We are the same ones building a small house down there; we support our country, and shouldn't be treated like that. We may look like tourists, but we are not. This is where we will settle in our retirement days," she argues.

Matthews said the overall treatment she gets at the airport is despicable. "I have been asked: 'Where you going with all those suitcases?' by customs officers on arrivals," she lamented.

She is part of a large number of Canadians who wrote Hospitality Jamaica, a Gleaner publication, voicing their dissatisfaction with the system.