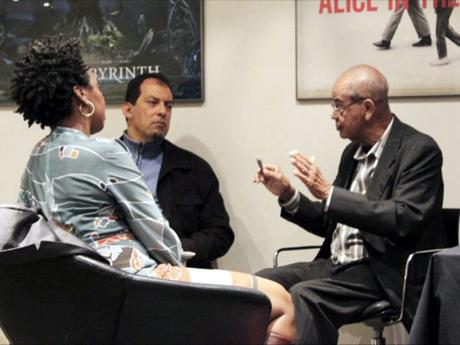 Lloyd Reckord (right) in conversation with two audience members at a showing at the British Film Institute, South Bank, London, of Big City Stories, a compilation of early films by black film-makers in England. - Contributed 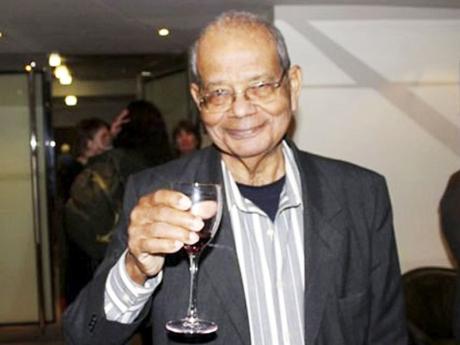 Lloyd Reckord enjoys a glass of wine at the Ritzie cinema, Brixton, at the opening reception for Big City Stories, a compilation of films made by early black film makers in England.
1
2

Veteran theatre practitioner and film-maker Lloyd Reckord recently returned to Jamaica from London where two of his early films from the 1960s were shown as part of the newly formed Black London Film Heritage Project.

One of the films was Ten Bob in Winter, which Reckord wrote, produced and directed. It featured Jamaican actors Winston Stona, Bari Johnson, and Andrew Salkey.

The other was an excerpt from a television play You in Your Small Corner, written by Barry Reckord, Lloyd's brother, in which Lloyd played the lead male character.

Another of Lloyd Reckord' short films, Dream A40, was shown at the London Lesbian and Gay Film Festival (LLGFF) at the British Film Institute (BFI), South Bank, London. Made in 1964, the film deals with the subject of sexual guilt.

The films got an excellent reception at the screenings and the BFI has requested from Reckord, the right to represent Dream A40 (and possibly Ten Bob in Winter) worldwide.

Offering original perspectives on early Black London Life, Big City Stories, the name of the compilation of early films by black film-makers in England which were being shown at the BFI, shows the changing lives of Black Londoners as their place became established in the city's diverse cultural landscape.

The films and footage from early British cinema reveal perceptions about Black citizens at various points in history, from the 1930s to World War II and from the 1950s onward, when areas such as Brixton and Notting Hill gained iconic significance.

Black London's Film Heritage project will create an accessible, high-quality archive of film material that will be available for bookings in cinemas, alternative venues, community groups, film societies, and membership organisations across the capital. The project was initiated and funded by Film London and the United Kingdom Film Council's Digital Film Archive Fund.