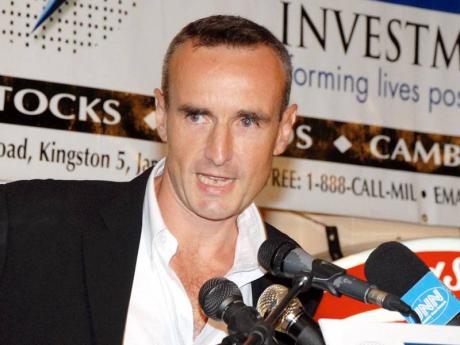 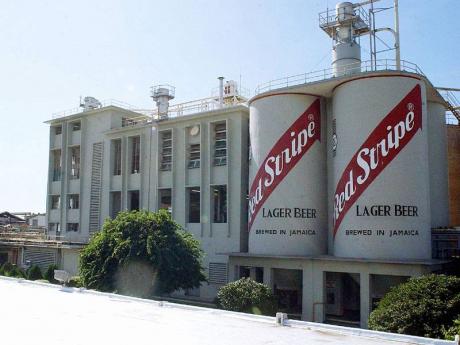 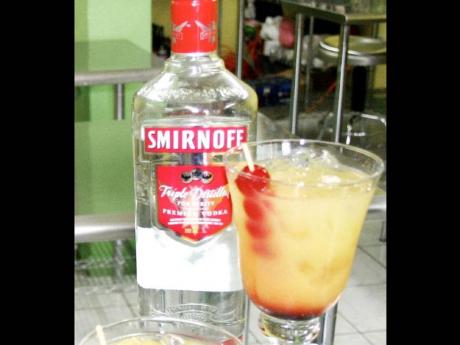 Red Stripe Jamaica has invested US$1.8 million (J$153 million) in a new spirits bottling line as the vodka market opens up domestically, allowing it to produce onsite under two labels owned by parent Diageo, and in the process shed some of its carrying costs.

The line, to be unveiled during a tour of the Spanish Town Road, Kingston plant today, has a production capacity of 3,600 bottles per hour or 60 bottles per minute of Smirnoff Vodka 21, Smirnoff Apple and Cranberry, as well as Gold Label rum which had hitherto been imported or manufactured under arrangements with other companies.

Red Stripe, the operating name for Desnoes and Geddes Limited as well as the brewery's flagship beer, said the spirits plant would realise a minimum of US$1.2 million per annum for the company.

Last year, Red Stripe reported that volume sales dipped in the two years previously because of the general economic climate, Government's tax policies and competitiveness of rival alcoholic drinks. As a result, the brewery made the positions of 60 employees redundant and froze another 27 vacant slots.

Now, the company is saying its decision to invest in the new line was in response to remarkable growth of Smirnoff in the local market.

The embrace of spirits to realign income streams and become a little less reliant on beer revenue is happening a month ahead of Alan Barnes' departure, whose run as Red Stripe's managing director comes to end on June 30.

His successor, Brazilian Renato Gonzalez, will be facing off with two-century-old spirits company J. Wray and Nephew Limited, whose province is rum and spirits.

The shift comes as Red Stripe parent Diageo Plc announced a restructuring of its international businesses that refocuses on emerging markets to grow sales (see related story on Page 7).

Two new divisions - Latin America and the Caribbean, and Africa - have been created.

Marguerite Cremin, Diageo's head of corporate communications for Latin America and the Caribbean, said the division is headquartered in Miami, Florida, and will be lead by general manager Randy Millian.

"The importance of the emerging markets is evidence and that was the basis of this decision," Cremin said.

"Our spirits category, led by Smirnoff 21 and other Smirnoff flavours, is by far the fastest-growing category in the Jamaican market, in terms of sales volumes. It is the leading vodka in the world and is proving to be our fastest-growing brand, locally," said Barnes.

He said installation of the new high-technology equipment would allow Red Stripe to increase production volumes of Smirnoff and Gold Label rum in full compliance with consumer demand.

The company described the bottling line, built in Italy and China, as the most safety compliant spirits operation throughout Jamaica with high-tech fire suppression and robust access-controlled security systems.

Technical characteristics of the new bottling line will facilitate increased quality control of the ready product at all production stages, from blending through to bottling, the release said.

The line is equipped with a rinser, which guarantees the cleanliness of all new bottles before they are filled and capped. In addition, it allows control of the airtightness of the products through a capping process which ensures the bottles are hermetically sealed.

Red Stripe said quality management was one of its key focus areas and as such the highest level of quality assurance was applied to the labelling and packaging processes. "Corporate product quality is fully in line with the requirements of local regulations, and Diageo's quality requirements which are acknowledged globally," the company said.

It said that while the new spirits plant has increased the risk footprint for the site, the company has taken significant steps to mitigate against those risks through extensive safety training of employees by international experts.

Red Stripe said the line was undergoing acceptance tests with a view to ramping up to full scale production in the next few weeks.

Desnoes and Geddes reported after-tax profit of $126 million for the nine months ended March 31, this year, a five per cent increase over the corresponding period last year, due to growth in export sales and cost cuts.

Net sales of J$2.45 billion during the review period represented a two per cent decline over the same period last year, and have been attributable to weakness in the domestic alcoholic drinks market, which the company said continued to have an adverse effect on domestic volumes and revenues. However, this decline was offset by net export sales which increased by six per cent during the quarter.

Cost of sales for the period was J$1.75 billion, five per cent below the prior year and corresponded with the volume decline. "The business continues to focus on reducing production costs to offset the negative impact of the lower volume base," the company said in its unaudited financial report.