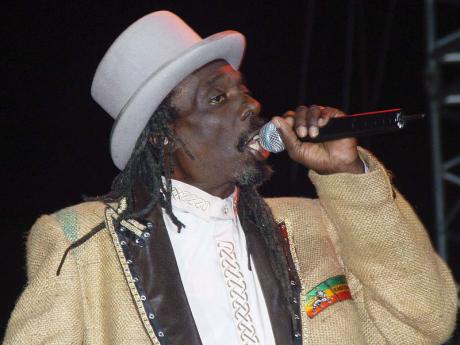 Friday, May 21 came and went without the rapture that Harold Camping predicted and his followers fervently repeated to put the world on edge. However, 34 years ago there was a localised prediction of unspecified but terrible events in song which put Jamaica on edge.

Culture, a trio comprising Joseph Hill (who later became known as Culture, the trio's front man and engaging character) and harmony vocalists Albert Walker and Kenneth Dayes recorded Two Sevens Clash at Joe Gibbs' studio in Kingston in March of 1977. It was the title track of their debut album, appropriately released later that year, as the song spoke about disturbing events on a day when there would be four sevens in a date - July 7, 1977, or 7/7/77.

The chorus speaks to the calamity to come:

When the two sevens clash"

The first verse speaks to the origin of the prediction, as well as Hill's perception of the situation:

And I can see with my own two eyes

Is only a housing scheme that divide"

He goes on to observe a change in a significant landmark:

"Look at the cotton tree outside Ferry Police Station

How beautiful it used to be

And it has been destroyed by earthquake, lightning and thunder I say"

And then Hill speaks about his journey's on the public transportation system:

And sometimes I ride on bus X82"

In closing, he stakes his claim on Garvey's accuracy, based on previous prediction:

"Marcus Garvey was inside of Spanish Town prison

And when they were about to take him out"

He prophesy and say:

And it is until now, the gate has been locked"

The bus reference is especially important, as the album's liner notes say that Hill got the idea for Two Sevens Clash while riding public transportation.

Among the other nine tracks on the album were I'm Not Ashamed, Black Starliner Must Come, See Them a Come and Natty Dread Taking Over.

The Two Sevens Clash album was reissued on its 30th anniversary - 7/7/07, when three sevens clashed. There was, however, nothing like the pall of gloom and impending doom which accompanied the initial release. In a Gleaner story on the date of the re-release, The Gleaner recalled the state of near panic which accompanied July 7, 1977, saying "many schools and businesses closed their doors when the day came and many Jamaicans refused to venture from their homes".

And there was a totally different tone to 7/7/07. The Gleaner reported, "With today, July 7, known around the world as the luckiest day of the year, many people will have their eyes wide open and an ear-to-ear smile in anticipation of the rewards that will supposedly come ... . Hence, it is no wonder why flocks of lovers are planning to tie the knot on this day across the seven continents in hopes of having the day's good spirits carried over into their marital lives. Checks with several bridal boutiques in the Corporate Area, however, showed that with a few exceptions, not many local couples seemed to be planning on getting married today."

Joseph 'Culture' Hill died in Berlin, Germany, on Saturday, August 19, 2006, a year before the album which established his worldwide fame was re-released.