America: One Nation Under Sex 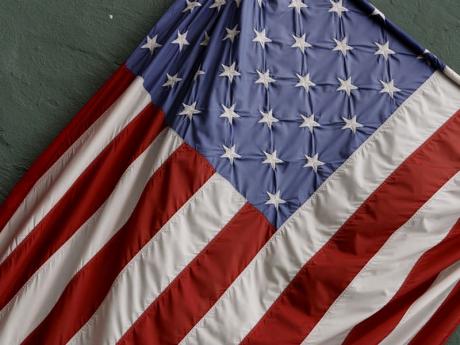 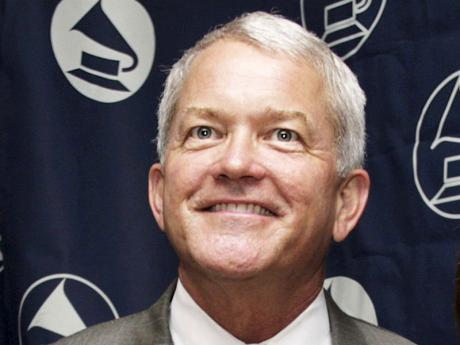 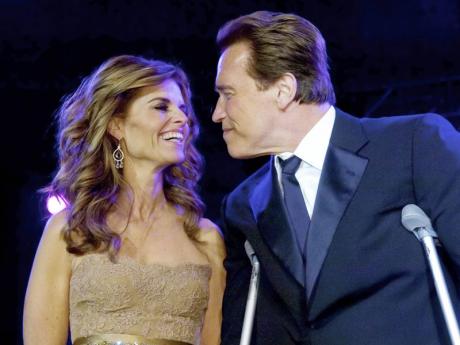 Maria Shriver and Arnold Schwar-zenegger separated recently over infidelity and a love child. 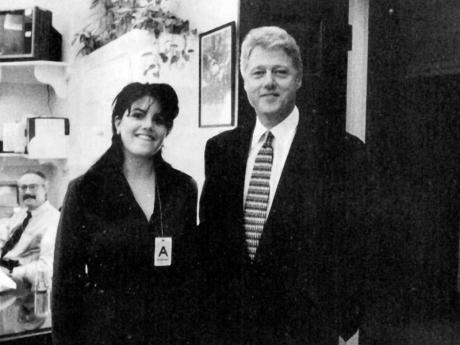 President Bill Clinton was almost impeached over his affair with Monica Lewinsky. 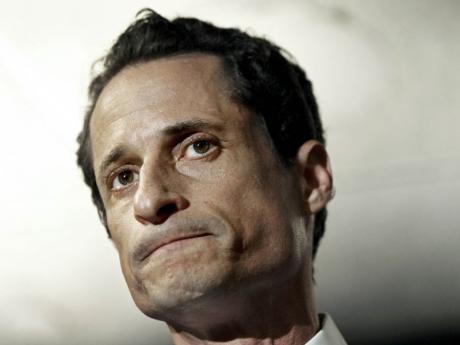 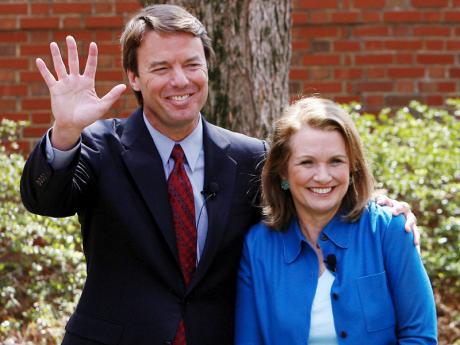 John Edwards cheated while wife Elizabeth was struggling with cancer. 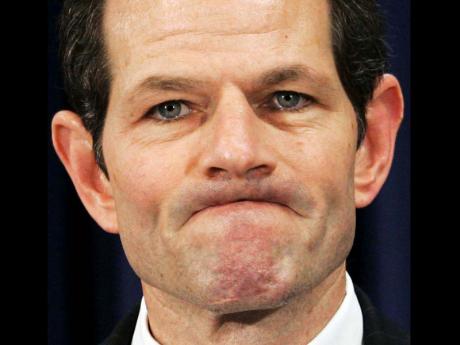 Eliot Spitzer targeted prostitution while he enjoyed the priciest of them all.
1
2
3
4
5
6
7

America's sex scandals keep multiplying. Democratic Representative Anthony Weiner, buddy to the Clintons, is the latest casualty of shame as he was forced to admit last week, after blatantly lying before, that he had sent nude tweets of himself to a young college student and had conducted online affairs with other women.

Americans were still digesting the salacious, if bittersweet, news that former California governor and Hollywood celebrity, Arnold Schwarzenegger, had cheated on their dynastic family member Maria Shriver and had proven himself a low-life by impregnating a member of his own household staff a decade ago. Then two Fridays ago, a man who was a two-time presidential contender, John Edwards, was indicted by a grand jury for covering up spending US$925,000 to hide the fact he had a mistress and a love child.

And, of course, in New York that Frenchman who would be president of that important European country, Dominique Strauss-Kahn, was charged with sexual assault on a hotel maid. Before him there were the Tiger Woods affairs; the Mark Sanford (Republican governor) affair with his Argentinean mistress; Republican Senator John Ensign's affair with the wife of his good friend; the case of Republican Senator Larry Craig, who was caught playing footsie with an undercover cop at an airport bathroom; and Democratic New York Governor Eliot Spitzer, anti-prostitution czar, who became known as Client 9 purchaser of prostitution services.

There was also Republican Newt Gingrich, who wants to be presi

In 2007, Republican Senator David Vitter was discovered to have his name on the client list of Washington, DC, madam, Deborah Jeane Palfrey. Three years earlier, Democratic New Jersey Governor Jim McGreevy resigned after admitting an affair with a male underling. Before them, presidential candidate Gary Hart had his well-publicised affair, and famously before him, John Kennedy had established his reputation as a ladies' man extraordinaire. What went wrong with all these powerful men? Extra testosterone and a greater sense of entitlement to boundless sex?

It's an issue Time magazine recently explored in its cover story, 'Sex, Lies and Arrogance: What Makes Powerful Men Behave so Badly?' Quoting a study to be published soon in Psychological Science, Nancy Gibbs writes: "With power come both opportunity and confidence, the authors argue, and with confidence comes a sense of sexual entitlement. If fame and power make sex more constantly available, the evolutionary biologists explain, it may weaken the mechanisms of self-restraint and erode the layers of socialisation that we impose on teenage boys."

But sexual misbehaviour among American politicians has a very long history. Thomas Jefferson was proven to have fathered at least one child and allegedly six from one of his former slaves, Sally. He started having sex with her when she was only 14 and he was 43! One of America's founding fathers and contributor to The Federalist Papers as well as the highly influential Report On Manufacturers, Alexander Hamilton, was a man who carried on a long affair with a woman whose husband he bribed for sexual favours with his wife. This all became public and Hamilton himself wrote conceding the affair.

The United States also had at least one homosexual president in the person of James Buchanan (1857-1861). He carried on a 32-year relationship with Alabama politician William Rufus King and lived with him for 16 years. They were known around Washington as 'the Siamese Twins'. Former American President Andrew Jackson called King, who was described as flamboyantly effeminate, 'Aunt Fancy' and Buchanan 'Miss Nancy', common terms of gay men in 19th-century America.

When King left America as ambassador to France, Buchanan mourned to a friend in a letter: "I am so solitary and alone, having no companion in the house with me. I have gone wooing to several gentlemen, but have not succeeded with any of them." He went on to say, "I feel it is not good for a man to be alone and so might not be astonished to find myself married to some old maid who can nurse me when I am sick."

Sick, many Jamaicans would say in disgust. But these and other 'sickening' things fill the nearly 300-page book, One Nation Under Sex, co-authored by award-winning historian and American political history professor at Columbia University, Dr David Eisenbach (creator of the two-hour History Channel special, 'The Beltway Unbuckled', about how presidential sex has shaped America.) Free-speech libertarian and pornographer Larry Flynt's name also appears as co-author, but evidently only the last few pages were written by him. The book, just released a couple of months ago, is a shocking narrative of the private and often not-so-private sex lives of America's presidents and politicians.

One of my favourite presidents and a sterling advocate of what is today known as liberal internationalism, Woodrow Wilson, is revealed as a philanderer. Abraham Lincoln, who had difficulty forming relationships with women, loved to have men sleep over with him, according to documents quoted by One Nation Under Sex. "Marriage did not stop Lincoln from sleeping with men, even when he was president. ... Repressed sexual desire certainly could explain Lincoln's lifelong bouts with depression, along with his strange attraction to death." (Eisenbach notes that while Lincoln liked having men in his bed, there is no documentary proof of what took place when they did. Eisenbach is that careful a historian.) The book also documents that Herbert Hoover, legendary head of the Federal Bureau of Investigation who had the dirt on everyone, was himself gay. Eleanor Roosevelt, wife of President Franklin Delano Roosevelt, also had her own lesbian affairs. The book provides an enthralling history into the sex lives of presidents and other politicians and is empirically rich in documentation and notes, demonstrating that it is a serious scholarly work by an academician. (Larry Flynt is associated with the book because of his long advocacy of libertarian free speech and campaign against what he calls right-wing conservative hypocrisy on sex).

Indeed, One Nation Under Sex makes points relevant to the continuing discussion in America about the spate of sex scandals among politicians. Flynt and Eisenbach feel it's time Americans grow up and stop expecting their leaders to behave like saints. They are full-blooded humans who love sex and sexual titillation, like almost everyone else, they say implicitly.

Says One Nation under Sex: "We, the people, need to grow up and understand that our politicians are adults with intense sex drives. We need to be more like the Europeans who just assume their leaders are promiscuous." The authors note, as an example, that at the funeral of former French president François Mitterrand, the church procession was led by his wife and mistress, as well as Mitterrand's love child. Wife and mistress stood side by side and comfortably at the graveside.

France's first lady, who was ex-girlfriend of Mick Jagger, Eric Clapton and several others, and whom Sarkozy married after dumping his first wife, has said publicly: "Monogamy bores me terribly. I am monogamous from time to time, but I prefer polygamy and polyandry." Imagine Michelle Obama saying that and Barack remaining easy in the White House!

Italian President Silvio Berlusconi, 72, is alleged to have had relationships with many women, including teenage girls, and has been charged for paying for sex with one 17-year-old girl. His party won provincial elections in 2009 despite his image as a philanderer. One Nation Under Sex recommends that Americans adopt that casual attitude to their leaders' sex lives.

"The nature of our democratic Government breeds risk-taking, promiscuous leaders," the authors say bluntly. "If Americans adopt a more mature European approach to the private lives of their leaders, we would be a lot less distracted by political sex scandals and the nation would be on the road to a more mature approach to politics."

According to the authors, it is moralism which has put America in this mess over sexual ethics in politics - to the point now where a man is being hounded out of the US House of Representatives for not having physical sex but for sexting. "America now averages one political sex scandal every six months. It has become harder and harder for conservative politicians to beat the drum of moral values when their closeted and adulterous colleagues are being constantly outed. How many more Ted Haggards, David Vitters, Larry Craigs and Mark Sanfords will it take before the American public sees the family values trope for what it is - a cynical attempt to distract voters from what really matters: Securing economic prosperity, protecting American lives and making sound decisions about war and peace."

Sex scandals feed a tabloid culture and the deepening tabloidisation of American mainstream journalism. Flynt and Eisenbach feel "the sheer number of revelations about politicians over such a short period has inured Americans to the shock of political sex scandals". After all, when Carl Paladino, Tea Party candidate for governor of New York, admitted that a decade ago he fathered a child out of wedlock with an employee, he still won a landslide victory. David Vitter won a landslide victory, too, for the Republicans in the 2010 Republican primary. And Spitzer, Client 9, has a prime-time television show on CNN. There is life after sex scandals!

Perhaps Jamaicans might say at least we are 'ahead' of the Americans in the latitude we grant to our politicians. Jamaican politicians openly have their affairs, appear in public and on society pages with their live-in lovers, but this Christian country does not punish them at the polls. Michael Manley proved that we are more like the Europeans than Americans in cutting some slack for our leaders. Some note that we are 'enlightened' and realistic about our leaders' feet of clay. As long as they are not screwing the economy.