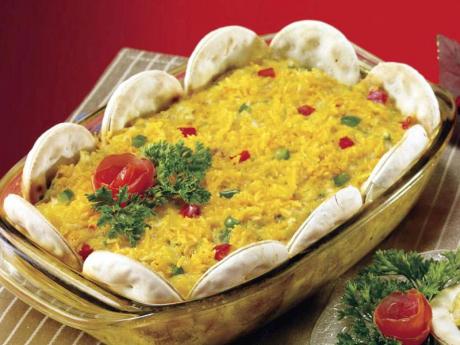 Excelsior Jambisco still projecting growth after a century in manufacturing 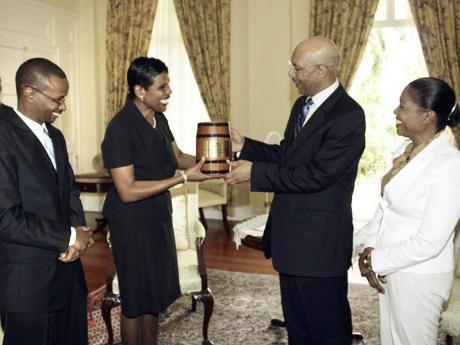 Celebrating 100 Years: As Jamaican Biscuit Company (Jambisco) marks its 100th Anniversary, it kicked off its celebration with a courtesy call on the Governor General, Sir Patrick Allen and Lady Allen (at right) in late May 2011. Shown here are, Jambisco executives, General Manager Nathalie Harris, as she presents His Excellency with a traditional Excelsior Cracker Barrel, and brand manager for Excelsior, Robin Clarke. Jamaica Biscuit Company, whose signature brand is Excelsior Water Crackers, is one of the oldest manufacturing companies in Jamaica. - CONTRIBUTED
1
2

For 100 years, the Jamaica Biscuit Company Limited (Jambisco) has stuck to its winning formula - manufacturing biscuits, and that alone, at its plant in Kingston notwithstanding a change in ownership a dozen years ago.

That adherence to core business has paid off in a market that prizes its water crackers, whether for parties or snacks - and even as teething aid to babies - and has stayed demonstrably loyal to the Excelsior-branded product.

Still, Jambisco has another side.

While its plant churns out 21 products from a line of 12 that includes salty snacks, water cracker and cream-filled sandwich biscuits, which are sold in Jamaica and overseas, it also acts as distributor of other snacks, on behalf of parent company, General Holdings of Trinidad.

Its iconic brand, Excelsior, however, accounts for 50 per cent of all sales and bottom line profit, according to Jambisco trade manager Debra Collins.

The product is yet to peak or mature in the local market and continues to show consistent growth of between two and five per cent annually, with higher growth rates of five to eight per cent abroad in areas where Jamaican migrants are concentrated, Collins said.

"The trend tells us that we will get more growth outside of Jamaica in years to come," the trade manager said in a Financial Gleaner interview this week.

Jambisco currently exports to the United States, Canada, the United Kingdom, and some Caribbean islands.

Another 10 per cent of revenue earned is derived from export sales, with both UK and US being the leaders, she said.

The Excelsior brand is carried by most major chains in the UK: Sainsbury, Tesco, and Asda; in the US: Wal-Mart, Target, Pathmark, and Publix; and in Canada: Loblaws, No Frills and Price Shopper, among others.

Nathalie Harris, general manager, says as Jambisco celebrates its first century in business, the company is proceeding with plans to expand capacity by 15 per cent, in distribution and manufacturing.

The company has leased additional property on Spanish Town Road with "further investment planned to support additional growth both in the domestic and overseas markets as our plant utilisation continues to increase," Harris said.

The company will increase its workforce of over 600 by 10 per cent as well by the end of 2012, particularly in sales and production.

Jambisco was founded in 1910 by Jamaicans Lionel DeMercado and Alfred DaCosta and American John Crook. The sole purpose then was the manufacture of water crackers, which was done under the brand name Excelsior. The business eventually became owned by Carreras group.

The factory was established at No 2 Church Street, Kingston, by Jambisco's original owners and was one of the first light-manufacturing industries to be established in Jamaica.

"The manufacturing process back then was very manual and the crackers were baked using brick ovens," said Collins.

"These were prepared for people who travelled long distances and needed food which would last. The crackers were packed in crates and sold singly. Its most unique feature is the cupping which provides intrinsic value, making it easy to add complementary foods as varied as mackerel, sardines and condensed milk."

In 1999, Carreras decided to sell the company and its Excelsior brand to Trinidad's General Holdings, owner of Bermudez and Holiday brands.

The sale was not treated as a cash transaction, Instead, General Holdings issued Carreras a debenture equal to the value of the biscuit company.

The name was retained and, to date, that decision to identify the operation with Jamaica is seen as a contributing factor to its survival.

In 2006, for example, another Bermudez subsidiary, Kiss, locked up shop, citing high electricity prices in comparison to Trinidad.

Jambisco, however, continue to face similar challenges as other local producers, its general manager says.

"Similar to other manufacturing companies in Jamaica, we face significantly high input costs for transportation, fuel, haulage, utilities, as well as raw materials. We, however, have focused internally to continually optimize our process efficiencies to remain competitive," said Harris.

To maintain its edge, the general manager says the well-being of workers remain a core focus - "We take care of our staff and they take care of the business" - and that the strategy allows it to retain expertise.

On the business end, the company said it opted to sacrifice its own margins during the recession to hang on to market share.

"We took the decision to hold prices for two years until April 2011, when we had an increase. Our margins are now lower but our market is primarily the lower-income earning masses that eat much more than other groups. It is a must-have for them," said Collins.

"Most inputs of raw and packaging materials are local and, although not necessarily cheaper, are usually of very good quality as we are committed to working and supporting local vendors."

Collins believes the strength of the water cracker product lies in its versatility as a menu or kitchen table option.

"Our usage survey reveals that the cracker is now eaten soaked in sweetened tea, hot or cold milk, crushed or boiled in soups, eaten fresh with tinned foods and other condiments, and given to babies for teething, with some persons even citing it as a medical remedy for gas and bad stomach," she said.

"Excelsior crackers are very versatile and are used in a variety ofways and spanning lower- to middle- and upper-income households."

The surveys also show, she said, that steamed fish and crackers is popular in the fishing villages and on other menus; that males consume crackers with tinned foods as midnight snacks they can make on their own while watching late-night TV; and that crackers are used as a 'stomach filler' during long waits at clinics, on bus rides, after a long day at church.

In the last 15 years, staffing has been increased six times and now comes out at just above 600. And in the past 20 years, the Jambisco managers said production has expanded by 50 per cent.

Other lines numbering 10 include variations of the cracker, and roll packs including ginger biscuits and Milk Lunch.

Cinnamon crackers, which is targeted at the age 20 and under market segment, were introduced in 2005. A lighter, creamier cracker in the premium category was launched in 2009 in both regular and wholewheat versions.

"Competitors have tried to duplicate it, but we have secrets in relation to the texture and the rate at which it breaks down," said Collins of the Excelsior brand.

"In the fishing villages where it is used for fish and crackers, only Excelsior is used because of this."

Still, the brand name has not had the magical effect for all the products that have borne it name over time

"We needed to regenerate and innovate," said Collins.

Excelsior cream sandwiches, for example, were changed to Smooches, a move that resulted in sales growth of 70 per cent over a five-year period, she said.

It is yet to match the water cracker, however.

"In an economy that begs for imagination and stringent budget-cutting measures, a bag or two of Excelsior water crackers is a staple, and a trusted and reliable companion in times of need," Harris said.