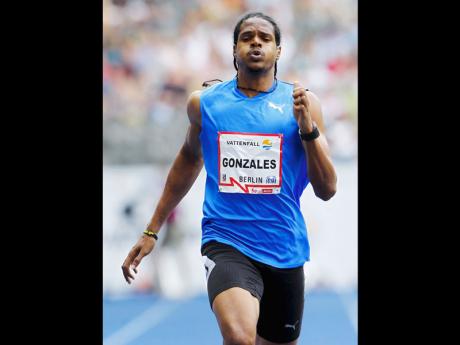 Gonzales ... will be among the favourites for a medal in the men's 400m gold at IAAF World Championships in Daegu, South Korea. 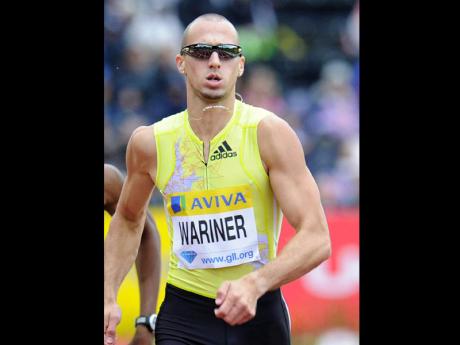 Jermaine Gonzales is convinced the window of opportunity to beat United States star Jeremy Wariner will open its widest this season, offering the Jamaican his best chance to win gold in the 400 metres at the 2011 IAAF World Championships in Athletics.

Gonzales, who finished a close second to his rival at last weekend's Adidas Grand Prix in New York, cited a combination of factors including Wariner's below-standard form and his own surprising efforts coming off knee surgery as reasons for optimism.

"This is the year to beat him," Gonzales said of Wariner, after clocking 45.16 seconds to Wariner's 45.13 in cold, wet and windy conditions at Icahn Stadium.

Still, he admitted the American in top gear will be tough to topple.

"If Jeremy is at his best, it's gonna be difficult to beat him," Gonzales explained. "He is one of the best ever over 400 metres. But ... he's not running that well, so he's beatable. So, it's just for me to get to my best, and hopefully he doesn't get back to 43 (seconds) low shape because that's gonna be hard for me."

Wariner, an Olympic and World champion, ran a personal record of 43.45 in 2007. He has not approached that time recently, but his best in 2010 (44.13) and this year (44.88) in Baie Mahault last month signal he is still the biggest threat in the event, especially with fellow American Lashawn Merritt banned. Gonzales ran his PR of 44.40 in Monaco last year. In late May he clocked 45.07 in Ostrava for a season's best.

According to Gonzales, recuperation from surgery slowed his preparation for the 2011 season, but he is pleased with his progress.

"I'm gunning at it," he said. "I'm working hard and I'm trying to better my race with every run ... . I wasn't able to train for six months, and I missed out on two months of my background work. To be running this fast at this time, it's a wonderful achievement and I'm just looking to take it further."

That means fine-tuning race plans for Wariner. Gonzales explained that the American has a distinct advantage when they clash on the regular professional track circuit. His star status often allows him to pick prime running lanes.

"If you've been watching our races since last season, he's always behind because he's number one," said Gonzales. "So he gets to choose the first lane picks. It's easier for him to just match his strides with us, you know, looking at us from behind."

That situation does not apply at the Olympics or World Championships, where lane designations are determined by times run in the previous rounds.

"At the World Championships it doesn't work like that," the Jamaican said. "Top four fastest times, the lanes are shuffled and you have to go in any one you get. That's gonna be important."

Gonzales believes that's where he can create his own advantage. His plan is to get a lane behind Wariner and track him early by going out hard from the blocks. He will then try to use his familiar late kick to go by the American.

"If I'm running from behind, it's gonna be easier for me to watch him and beat him to the end," said Gonzales. "But if he's behind, he's always gonna be difficult."

Following his win here, Wariner confirmed the edge of running from behind the pack. He passed Gonzales early, but Grenadian Rondell Bartholomew, who finished third in 45.17, led in the homestretch. Wariner rallied to catch Bartholomew, but had to hold off the late-charging Jamaican.

"Fortunately, I had Gonzales in front of me and everyone out in front of me, so I was able to see where I'm at and execute," said Wariner.

To deliver his plan perfectly will require the 26-year-old Gonzales, who stands over six feet, to improve the early part of his race then finish strong. But that poses its own problems.

"I think my first 100 metres needs to be better," Gonzales admitted, "because I'm tall and the curves, you know, it's very difficult for me. So that's where I really need to work my first 100."

He gets to tinker again at Jamaica's senior trials June 23-26 in Kingston. After that, the hunt for Wariner resumes.