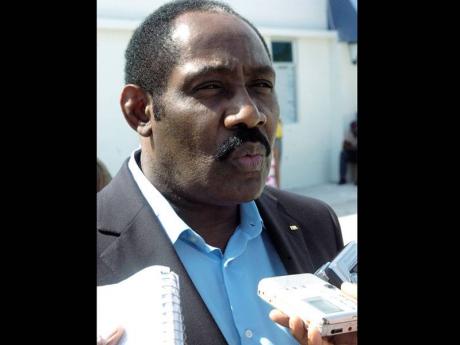 Caribbean Football Union (CFU) first vice-president, Captain Horace Burrell, says it is very likely that he will run for the post of president of the CFU and CONCACAF, in light of the former president Austin 'Jack' Warner's recent resignation from both posts.

According to Burrell, who is also an executive member of CONCACAF, while he knows it may be a difficult path to the various posts, he is prepared and believes he has what it takes to lead both organisations forward.

"I think I am ready for the job, but at the same time you have to get support and I do look forward to getting support from my colleagues, and first of all from my country," said Burrell.

"But one must always remember that there are going to be several persons who fancy themselves, and who are now going to come forward and put themselves up, so I will just have to wait and see what the future holds," he added.

Burrell was speaking at yesterday's welcome home reception for the national under-17 football team, which was recently eliminated from the ongoing FIFA Under-17 World Cup in Mexico.

The presidential positions became vacant following the resignation of Warner, on allegations of bribery stemming from a meeting in May with then FIFA presidential candidate, Mohamed Bin Hammam, in Trinidad.

It is alleged that Bin Hamman offered bribes of US$40,000 to several CONCACAF countries for votes against incumbent FIFA president, Joseph 'Sepp' Blatter, who in the aftermath of the allegations, was returned as president.

The allegations were made by American Chuck Blazer, CONCACAF's general secretary.

Given the imbroglio, which has seen CONCACAF deputy president Austin Lisle Austin denied access to the body's files and offices, the question was put to Burrell, if he thinks his well-documented closeness to Warner; and the United States, as well as North and Central America's apparent frustration with Warner, would pose a threat for him going forward, should he win the presidency of the CFU. He flatly rejected the idea.

"It's very early days, but the relationship I have had over the years with every single nation in CONCACAF, including the United States, has been good," said Burrell.

"There are some 40 countries in CONCACAF and approximately 30 in the Caribbean, so we just have to wait and see," said Burrell.