Larry McDonald, among the greats - Veteran percussionist to be honoured at the end of the month 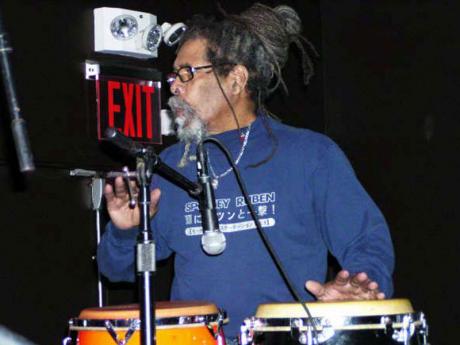 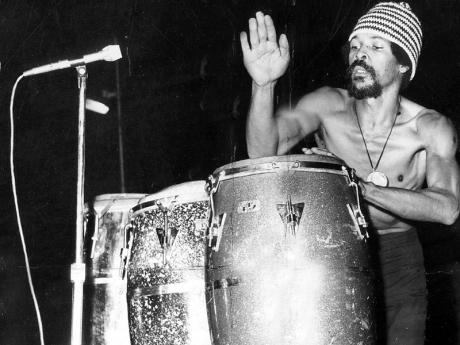 Percussion legend Larry McDonald demonstrates why he is a legend on drums at the Canal Room in New York.- Photo by Habte Selassie
1
2

When percussionist Larry McDonald released his debut album, Drumquestra, two years ago, it made the pages of several world beat and jazz publications in the United States, but very little was heard of it in Jamaica.

McDonald is bound to get some local media attention at the end of the month as one of seven persons who will be honoured during the July 30 Tribute to The Greats ceremony at Curphey Place in St Andrew.

It is a rare acknowledgement for one of Jamaica's most accomplished musicians.

Now in his 60s, McDonald lives in New York City and keeps busy playing in three bands: The Rocksteady, Dub Is a Weapon and Meta and the Cornerstones.

The dreadlocked journeyman has played with some of the greats, including pioneer Jamaican musicians like Count Ossie, Lennie Hibbert and Carlos Malcolm during the 1960s.

Moving to the United States in the 1970s, McDonald worked with cutting-edge acts like blues guitarist Taj Mahal and Gil Scott-Heron, the gifted African-American poet who died on May 27.

McDonald says he first collaborated with Scott-Heron in 1980, recording three studio albums with him. In a recent interview with The Sunday Gleaner, he described Scott-Heron as "the most original talent I have ever worked with".

An important member of Scott-Heron's Midnight and Amnesia Express bands, McDonald's distinctive rhythms can be heard on the poet's Reflections, Moving Target and Spirits albums as well several live sets.

They performed together at Reggae Sunsplash in Montego Bay in 1983.

"After that (Sunsplash), for almost a year he and I did a duo. That was when I realised what I was dealing with," McDonald recalled.

"I probably won't come this close to genius again."

Born in Port Maria, St Mary, McDonald is a self-taught percussionist who cut his teeth in impromptu weekly jams at the National Water Commission with Count Ossie and the Mystic Revelation of Rastafari.

He also helped back Hibbert and Malcolm in Kingston's top clubs and on the north coast. His first recordings were done with Hibbert on the vibraphonist's Moonlight Party at the Myrtle Bank album.

McDonald was also a member of Malcolm's influential Afro Jamaicans band which recorded the Skamania and Space Flight albums.

His biggest musical influence, however, was an African-American conga player named Danny 'Big Black' Ray whom he met while visiting the Bahamas in the mid-1960s.

"He gave me a way to approach my playing that is the basis of all I do today," McDonald said.

After nearly 50 years backing other artistes, McDonald released Drumquestra. He fulfilled one of his creative ambitions when he went into the Green Grotto Caves in Runaway Bay and played the rocks which were looped onto the album.

"I was relieved I was able to do the CD I wanted to do. Every musician dreams of doing that," he said.

"I really had no idea if I would ever get a shot, but it came and I snatched it," he added.