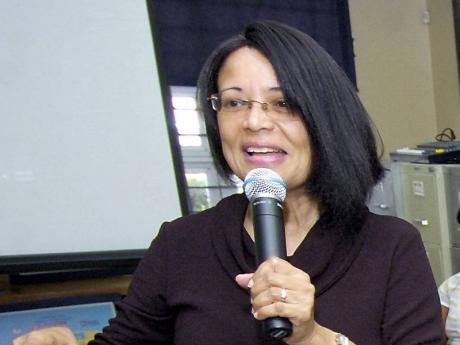 Dr Aldyth Buckland, immediate past president of the Association of General Practitioners of Jamaica, is calling on the Government to speed up the process for legislation to be enacted for the banning of smoking in public areas.

Dr Buckland argued that legislators are dragging their feet in getting the law passed.

"I understand there is draft legislation, it is suppose to be passed by parliament but we keep hearing about promises and promises," she told The Gleaner.

"The Government needs to see it important enough to consider it, because we need it now," she added.

She pointed to the workplace as one area where the law would reap benefits, arguing that persons would get enough time to stay away from the hazardous substance.

A chance to heal

"In having a smoke-free law, it means that no smoking is allowed at the workplace, so for those people who smoke for eight hours of the day their bodies are getting a chance to heal.

"It means also that people who do not smoke are also getting clean air to breathe," Dr Buckland argued.

She further argued that the smoke-free legislation would drastically reduce the amount of money the country spends on disease that are caused by tobacco.

"We need to think about our nation because the amount we spend from our public and private purse on investigation and on treatment for people who have developed cancer from straight smoking and second-hand smoking is enormous," the health professional said.

Director of Health Promotion and Protection in the Ministry of Health, Dr Eva Lewis-Fuller, said the proposed law has been drafted and that amendments are being made at the level of the ministry.

"I know the minister (Rudyard Spencer) is very eager to have this law passed but it has to go through the process," she said.

In May, the opposition spokesman on health, Dr Fenton Ferguson, expressed disappointment with the Jamaican Government's delay in implementing a ban on smoking in public areas.

Ferguson said it is unacceptable for Jamaica to be a signatory to the Framework Convention on Tobacco Use, and still be in breach of its obligations under the treaty.