'There is no rebel' 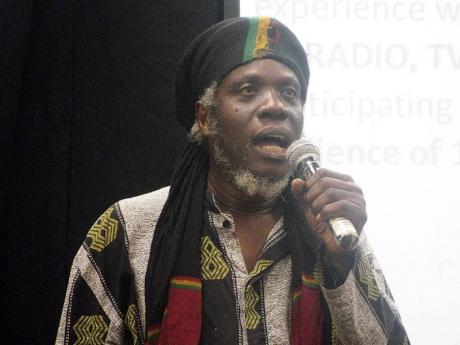 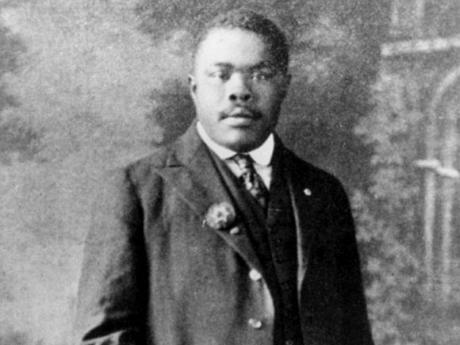 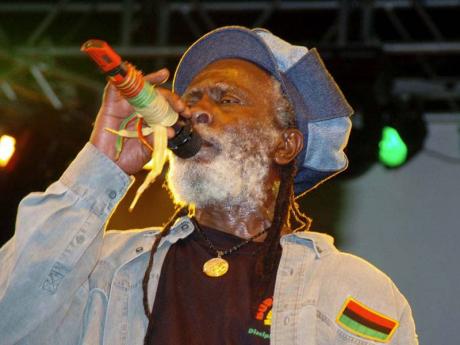 In connecting Rastafari and reggae, notably through Burning Spear's commitment to Marcus Garvey, Mutabaruka expounded at length about the content and direction of reggae at the University of the West Indies, Mona, on Thursday evening.

He was the first presenter at the symposium 'Saluting Reggae Vanguards', examining the contribution of Burning Spear, Dennis Brown and Sugar Minott.

At one point, Mutabaruka said, "There is no rebel with no cause anymore. All of the rebel them no have no cause. There is no more apartheid to sing about, but make we examine whereblack people reach in these times."

The poet and broadcaster moved into an often caustic look at reggae's content from an assessment of the impact of Spear's focus on Garvey.

"I think the music of Burning Spear is the cause for the resurrection of Marcus Garvey's philosophy in this time," Mutabaruka said.

He then questioned how some people talk about reggae as a 'one-love', 'pie-in-the-sky' music, while it is redemption and the fight against white supremacy that propelled reggae to where it is today.

Mutabaruka said that with the desire to internationalise music, Jamaican artistes and producers were making too much of a compromise.

"We want to internationalise the music so much. We cyaa talk say Black people a suffer still in the Caribbean and Africa."

Then there is the Bob Marley line, "I feel like bombing a church, now that I know the preacher is lying." Mutabaruka said people try to philosophise the line, but "I don't know about any other way you can bomb a church!"

"Is like we a water down the thing to satisfy a different taste. And is like we no realise we can't free others if we don't free ourselves."

Specifically about Marley, Mutabaruka said, "Them love him as a pop artiste but not as a Rasta. If them did love him as a Rasta, them wouldn't a hol' Rasta man a road for a spliff."

And in music content, marijuana seems to be a very easy topic.

And there was laughter when Mutabaruka remarked about how uniform in length some persons locks are. "Man a wear locks now and it jus' even. An' a reggae artiste now. Every night me sit down and have nightmare about it," he said.

Commitment to Africa in lyrics is one thing, but in practice it is another. "How much artiste ever take up him money and go Ghana and spend a two week? Him gone a Miami or New York, go smoke ganja with him friend or coke," Mutabaruka said.