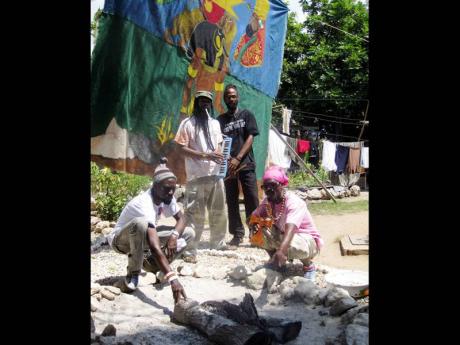 The Uprising Roots Band is focusing on recovering from the fire that claimed their home and more than $10 million worth of equipment. The band will be hosting a 'recovery series' starting this weekend.

Part of the popular 'Iration Ites' series, the recovery starts this Sunday at the Deck in New Kingston. The series will see performances from the likes of Protoje, Jah9, Viceroys, Fred Locks, The Uprising Roots Band and more.

In addition to the recovery series, the band is pressing forward with the release of a new video for the singles Brightest Light and Positive. Both songs can be found on the Band's soulful and uplifting debut album, Skyfiya, and according to lead singer Rashaun 'Blackush' McAnuff, the video should please fans of The Uprising Roots Band.

"People know that our videos are not flashy and have a lot of added special effects and things like that. What's important to us is that people who see a video that we do understand the message that we are trying to send in the song. So our videos are always very real and impactful, and our fans should really enjoy it," McAnuff said in a release.

The video was filmed in and around east Kingston, The Uprising Roots Band's stomping ground.

"Like Skyfiya, the video's intent is to uplift, motivate, encourage and promote resilience. That it is your attitude towards life, and in life that determines how far you will go," Darren Hamilton, the band's manager explained.

"Things like the fact that small actions and general courtesy leads to big positive effects. The general notion that what goes around comes around. This is the main theme of the song and the video explains that," he added.

McAnuff hastened to say that the video also included all the elements of nature - water, fire, air and earth - which lend to the organic and natural way in which people in his band and camp live their lives.