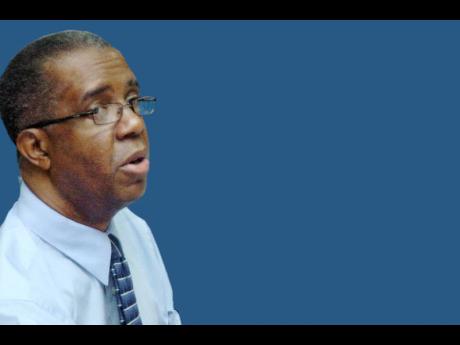 Mental-health experts have dismissed the idea of 'road rage' being a factor in the killing of 17-year-old Khajeel Mais by the owner of a BMW X5 last Friday night in St Andrew.

"Let us not sanitise the phrase 'road rage'. This was a case of total disregard for human life. Cold-blooded murder," declared Dr Terrence Bernard, regional psychiatrist for the North East Regional Health Authority.

Bernard described the shooting as a reflection of the dark side of what is happening in Jamaica, where killing has become a sport that murderers now boast about after committing the act.

The psychiatrist's comments come days after reports that Mais, a student of Kingston College, was travelling in a taxi along Fairfax Avenue in Havendale en route to a fete at his former school, Meadowbrook High, when the cab bumped into an X5.

The driver of the X5 reportedly became angry and retaliated by blocking the road and firing wildly into the taxi. When the taxi driver realised he was under attack, he turned his vehicle around and headed in the opposite direction, but could not outpace the SUV, whose driver shot out his back window, hitting young Mais in the head.

Mais later died at the Kingston Public Hospital. The taxi driver escaped injury. Since then, a number of persons have labelled the cause of the incident as road rage, but clinical psychologist, Dr Karen Richards also disagrees.

"I cannot attribute that to road rage. What we are looking at here is murder," she stated with conviction when asked to comment on the issue yesterday.

Richards noted: "What we have here is uncontained anger, disproportionate to the event, and the penalties should reflect that."

Dr Lucien Jones, who is neither a psychiatrist nor a psychologist, concurred.

The medical practitioner, who is vice-chairman of the National Road Safety Council, called the incident straightforward murder.

"We have no data that road rage has ever caused anything like this in Jamaica," he said, adding that the exhibition of anger might have led to the murder.

Both Bernard and Richards are of the opinion that the driver of the X5 was so busy venting anger he didn't even have time to consider the consequence.

It might be an anger-management issue proffered Bernard, pointing out also that hotheadedness is part of the country's psyche.

"The fact that the state of my car is more than someone's life," is something to take note of, he said.

According to him, one of the principles at work is the diss.

"When you diss people, you are earmarked for death, so the taxi man dissed him by hitting his SUV," he said.

He added that an SUV gives with it a certain feeling of invincibility .

"It's higher up off the road. You are looking down at the other car and it makes you feel as if you can traverse any terrain because of the four-wheel advantage," Bernard argued.

For her part, Richards, who works a lot with youths, said not only is there a sense of entitlement on the road, particularly while driving a brand-name vehicle, but people would invest in luxury, even when their basic living needs are underaddressed.

"So, they will have an expensive car, but can't pay their rent, because their egos are tied up in material things."

Meanwhile, up to yesterday morning, the police had completed processing at least 10 X5s and had shortlisted the number of suspects.