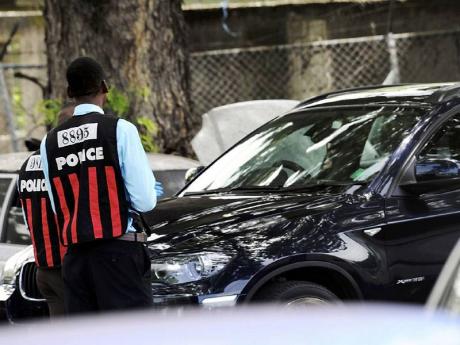 This dark-coloured BMW X6 sport utility vehicle, which was at a holding area at the Constant Spring Police Station in St Andrew yesterday, is believed to be the one that was involved in the incident that led to the shooting death of 17-year-old Khajeel Mais last Friday. A red X6 was also seized during a raid in Belgrade Loop, upper St Andrew Tuesday night. - Norman Grindley/Chief Photographer 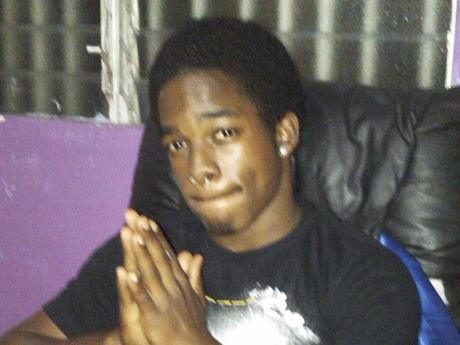 THE PAIN remains unbearable. Uncontrollably, her tears flow. Allana Chevannes-Mais is angry, upset and sad by the killing of her youngest child, 17-year-old Khajeel Mais.

"I don't know when I will ever stop crying. His death feels like a full stop in my life," said the mother of three who, since last Friday night, has been fighting to come to grips with the loss of her son, while experiencing many different emotions.

Hungry for closure, the Kingston businesswoman says if her son's killer/killers are found, it will not only help her family, but it will send a message that another mother should not go through this type of senseless anguish.

"We won't have closure until justice is served. My son met an untimely death, something that nobody could foresee. Nobody could have dreamt that something like this could happen, but the fact that it has happened, I don't know how to put it to rest," she admitted while speaking with The Gleaner yesterday.

Hardly able to contain herself, Mrs Mais said her son - her friend - was no ordinary young man.

"He was caring, loving and very attentive to me," she reminisced, revealing that tears flow freely each time she sees a picture, a shirt, something that has a history or tells a story of their time spent together.

Khajeel Mais was the type of child that would not pass a beggar at a stop sign without dropping a coin in his pan. If he woke up earlier than his mother in the mornings, he would present her with a cup of tea.

"He was a special child, who didn't believe in malice and wouldn't say a bad thing about anyone, no matter what they did to him."

Having spent 17 years of fun-filled days with her son, she has no regrets giving him permission to attend a fête at Meadowbrook High the night he was killed.

"We cannot keep our children caged in because of persons who feel they are above the law and can just do as they please," she defiantly declared.

She, however, questions how it is possible for someone to pull a gun and point it at another human being because of minor damage to their vehicle.

"How can you compare a life that cannot be replaced to a scratch on a car?" she asked.

"The person who killed my son was heartless, careless and stupid," she lamented.

Her husband, Noel Mais, has been a tower of strength throughout the ordeal, but she says she knows he is dying inside. Having spent the last 43 years on the high seas and only just retiring a few weeks ago, this was the first time that the elder Mais was being given the opportunity to bond properly with his son.

The entire family, she says, has been helping each other to get through this tough period and she has glowing commendation for the police.

"The police have been very supportive, and I have enough confidence to know they have been doing all they can. Most of them are going beyond the call of duty in this case," she told The Gleaner, stating that she was not surprised but heartened by the attention.

"It has allowed me to see them in a different light, to see there are still caring police officers out there."

According to her, a number of high-ranking officers have taken the time to visit the family. "They might not have much to offer in solving the case, but by all indications I am more than satisfied."

She is hoping that, as in her son's case, if something like this happens to anyone else, they will be shown the same amount of attention.

Sources close to The Gleaner say the man fingered in the Khajeel's killing left the island last Saturday for Ft Lauderdale in the United States. A raid of his home in Belgrade Loop, upper St Andrew, on Tuesday night, saw the police seizing two BMW X6s which are now being processed.

A senior police officer attached to the case told The Gleaner that the man's family was also questioned by the police yesterday.

During Tuesday night's operations, two men were also arrested and charged for possession of marijuana. They have since been released on station bail.