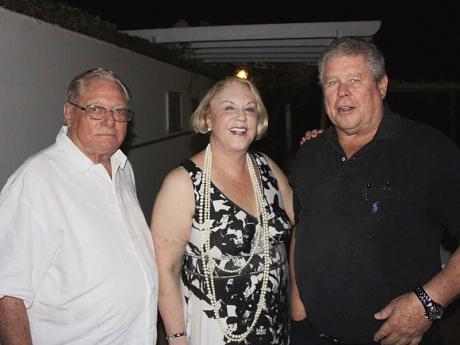 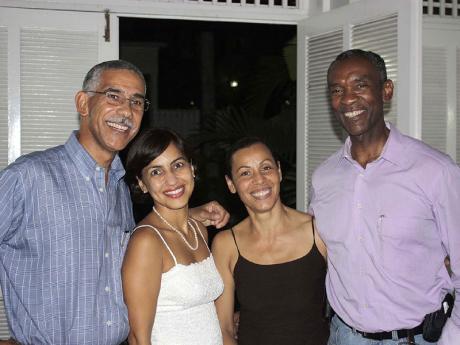 Among the friends and well-wishers out sharing the warmth of the occasion were (from left) Mark McKenzie and his wife, Betty; Denise Stokes and husband Tal. - Contributed 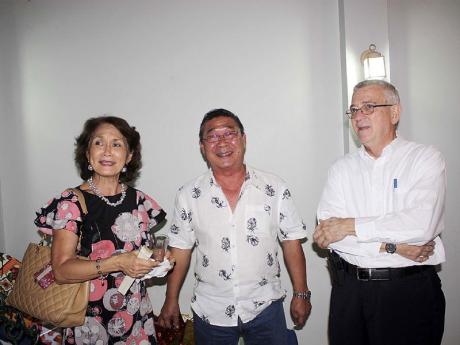 Honorary consul of Thailand, Thalia Lyn; her husband, Capt Michael Lyn (centre), and Deacon Ronnie Thwaites are out for the double celebration. 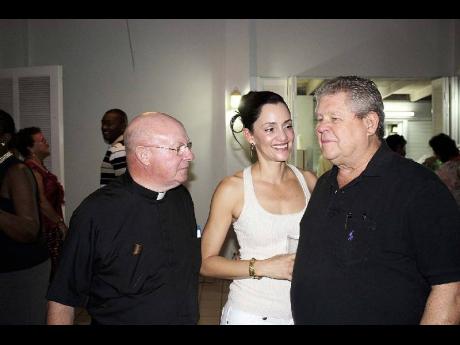 Well, time flies, some say, when one is having fun!

And so it would seem for Monsignor Father Richard Albert, who recently celebrated his 65th birthday, and the 35th year of his ministry here in Jamaica. Truth be told, the monsignor has been enjoying his role as confessor to the well-to-do and good Samaritan to the less fortunate! Precious few would have predicted that 35 years ago, when the relatively young Catholic priest arrived in Jamaica from New York, that his was to be an integral transformational role, in the way the church ministered to and cared for its parishioners.

To be sure, his was an unorthodox approach, in that he never shied away from the spotlight as a means to bringing public attention to the communities he served, peppering his ministry with guest appearances on a number of morning talk-radio programmes. And then there was the incongruity of the man of God, puffing away on (imported) cigars at social outings that clashed with Christian customs and belief of those who held fast to the notion that "one's nostrils should never be used like a chimney". For their reservations, however, his ministry was to stand him in good stead, and he became the beloved of his parishioners.

He has been instrumental in creating and facilitating the establishment of many social intervention projects like the St Monica's Home for the Aged; The St Patrick's Foundation and the Stella Maris Foundation. Many outreach programmes and scholarships have blessed many lives and families through their impact!

And so on Wednesday, June 29, to celebrate his years of service and dedication, Clovis and Hermine Metcalfe hosted a reception to celebrate the life, times and contribution of Monsignor Albert to his flock. It was held at the pool house of the upper St Andrew gated community of Glen Abbey, and dears, it was quite the do, marquee crowd and all!

It was a gathering of 'A-crowders' as a number of well-wishers from the inner-city communities, members of the Jamaica Constabulary Force, and parishioners all gathered in one accord to show their love, respect and admiration for one who has distinguished himself and it made for a very charmingly warm do! With his beloved dog, Sligo, by his side, Monsignor Albert was his gracious best in welcoming guests and seeing to their needs.

It was akin to a family gathering as guests, drawn from different church parishes and ministries, were all out sharing in the spirit of togetherness and it made the occasion that more special! No grand ceremony either, just a timely intervention to cut the birthday cake and the exchange of thank yous and good wishes and then it was back to relaxed cocktail mode! The venue was fab as ever, and a most fitting toast to a man who has served diligently with distinction, and so the reception was the ultimate birthday celebration! There was no dancing and certainly none of the enforced frivolity associated with a good time, this was a relaxed reception and it made for fabulous entertainment in fab conversations and social discourse.

But oh, what a beauty of a night!