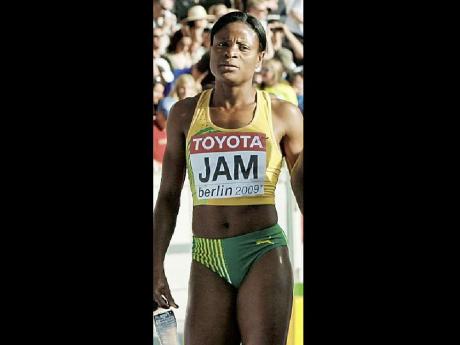 Richards, who has been dominating the shot put at the collegiate level locally for the past three years, had a winning throw of 19.16 metres. Mexican Stephen Saenz had to settle for second with 18.56m while Edder Moreno of Colombia took bronze with a best of 18.52m.

Morgan won the men's discus with a throw of 60.20m, beating Mexico's Mario Cota with 58.80m. Quincy Wilson of Trinidad and Tobago pocketed bronze with 56.85m.

There was no luck, however, for Jamaica in the men's event. National champion Riker Hylton and Dewayne Barrett failed to finish among the medals. Hylton, who was hoping to attain the World Championships qualifying 'A' standard of 45.25 seconds at the meet, could only manage fourth in 46.02 seconds while it was a fifth-place finish for Barrett in 46.67. Trinidad and Tobago's Renny Quow, the bronze medallist at the Berlin World Championships, captured gold in 45.44. Ramon Miller of The Bahamas won silver in 45.56 while Erison Hurault of Dominica took bronze in 45.93.

Jamaica won another silver medal in the women's 1500 metres.

Korene Hinds, the national champion in the 3000 metres steeplechase, clocked 4:23.78 as Mexico's Sandra Lopez captured the gold medal in 4:22.65.