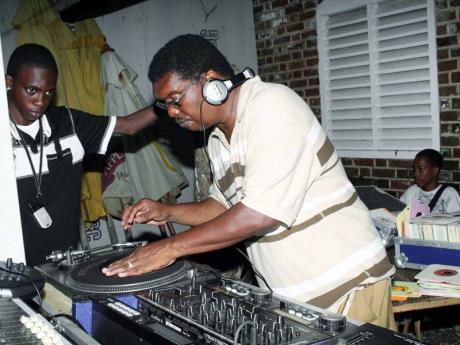 Haldane 'Jimmy Metro' James is one of those old school sound system owners with a hands-on approach to business. He has been at the helm of the Metro Media 'set' since 1976, watching it transform from local powerhouse to national recognition.

On Saturday, James will be among seven persons honoured for contribution to Jamaican music at the annual Tribute To The Greats show at Curphey Place in St Andrew.

There are no events planned to celebrate Metro Media's 35th anniversary.

According to James, the 'sound' has moved with the times and that is good enough for him.

"We have never stayed in one groove and we have always gone with the times which suits the fans," he told The Gleaner.

Music from Metro Media's turntables were first heard in the Woodford Park area of central Kingston where James moved to from Newell, St Elizabeth in the 1960s. In the early days, he manned operations alongside Howard 'Snack Jack' Coombs, playing at dances mostly in downtown Kingston.

At the time, James also worked in the production department at Dynamic Sounds. He left that job when things began taking off for his fledgling sound system in the early 1980s.

James recruited an assortment of deejays led by Peter Clarke (best known as Peter Metro) and a vociferous selector from Trelawny named Dalton Bogle, who went by the moniker Sky Juice.

Peter Metro has moved on but Sky Juice is still with Metro Media. Like Charlie Chaplin and Josey Wales at the rival Stur Gav, Peter Metro had some success as a recording artiste, with Police Inna England and Yardie and Cockney his most successful songs.

The latter was done with Dominic, a British deejay who also made his name with Metro Media.

James believes Metro Media really took off when it toured Britain in 1984.

He remembers hardcore reggae fans coming out to dances in Birmingham and Manchester, cities with strong West Indian populations.

"That really helped us build a foundation overseas and we haven't looked back," he said.