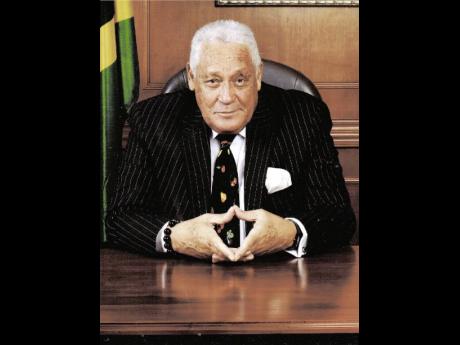 ACCUSING THE People's National Party (PNP) of carrying out a campaign to derail Chinese investments amounting to more than US$1 billion in Jamaica, the Bruce Golding-led administration says thousands of jobs are now under threat as a result of "spurious aspersions" by the Opposition.

In a swift response yesterday, Opposition Spokesman on Transport and Works Dr Omar Davies dismissed the Government's assertion as propaganda.

Transport and Works Minister Mike Henry charged yesterday that "concerted efforts" led by the PNP to discredit the Jamaica Development Infrastructure Programme (JDIP) and China Harbour Engineering Company (CHEC) were "threatening a number of major Chinese investments earmarked for Jamaica, amounting to more than US$1 billion".

Rubbishing the claim, Davies said: "The PNP has never in its history, nor does it now, take positions that will affect genuine foreign investment."

However, the PNP spokesman contended: "We will not let this sort of propaganda deter us from carrying out our task which is to ensure that, whatever money is being spent by the Government, the country receives value in return."

Davies insisted that the PNP would not relent in its efforts to probe and raise questions and concerns about JDIP.

Yesterday Henry mentioned proposed Chinese investments in areas such as maritime, developmental and major road projects which were earmarked for Jamaica, cautioning that these could be diverted, resulting in the loss of thousands of jobs which were targeted.

Arguing that the PNP's efforts tostop the JDIP had failed, Henry said in a release the Opposition had now shifted its focus as it sought to "discredit CHEC and, by extension, the Chinese Government".

He said with "all the spurious aspersions being hurled about by the PNP and other narrow-minded interests, it seemed that the full implications of the misguided actions are not being understood."

According to the minister, in one case, the signing of a contract has been delayed due to "what I believe is understandable consideration by the Chinese firm about expanding its business in the country within this unnecessary hostile political attack against the project it is presently involved in."

Pointing to another project with major local and international logistical implications, Henry said this "has also come under strain from the intense political focus on the JDIP and is also threatened."

He noted that the Chinese-related projects emerged from a memorandum of understanding that came into place for such developmental initiatives between the Jamaican and Chinese governments following a visit by the Jamaican prime minister and minister of finance to China, during which the Chinese authorities declared interest in a number of areas of development and enterprise in Jamaica.