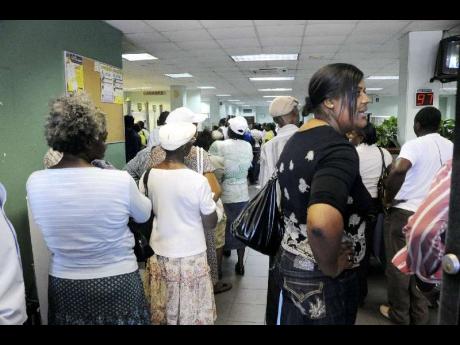 DESPITE A growing backlash from business operators and ordinary Jamaicans buckling under the pressure of soaring electricity charges, the Jamaica Public Service Company (JPS) says there is no immediate relief in sight.

"There is no immediate solution to reducing the cost of electricity. I am very sad to say that," JPS president and CEO Damian Obiglio told a Gleaner Editors Forum, held at the newspaper's North Street offices on Thursday.

perhaps echoing the situation of most Jamaicans - revealed that her members are faced with monthly electricity bills that threaten their survival.

Hamilton, who also spoke at the Forum, said every month businesses are forced to make tough decisions whether to pay JPS, their bank, their employees or any other bills that are outstanding.

"If they don't pay JPS, they get cut off. And they wait every month until the problem accumulates and the bomb goes off and ultimately that business closes because they simply cannot afford the (electricity) bills," she said.

"This whole situation (to) our members feels like economic terrorism," she added.

Hamilton reiterated the MSME's call for a probe of the new electronic meters being installed by the JPS, saying her organisation has been flooded with complaints from members claiming that their electricity bills have soared since the installation of the meters.

One JPS customer, a professional who lives in St Andrew, pointed out that she recently got a bill for over $11,000, even though she only uses a refrigerator, radio, television and a computer, which are unplugged while she is at work during the days.

The following month, she said, she spent six weeks overseas, leaving only the refrigerator plugged in and came back to see a JPS bill for $4,800.

"It is unimaginable that a fridge alone could burn $4,000 worth of electricity in a month," she said.

"I think the JPS is profiling people who they think can pay," she added.

But in asserting that there were no immediate solutions, the JPS president suggested that Jamaicans practise better energy conservation to help reduce their electricity bills.

"Conservation is the only immediate action that you can do to reduce your cost of electricity," he insisted.

Another way of reducing electricity bills immediately, Obiglio suggested, was for the JPS and its customers to enter into a covenant to use less power during peak hours.

Acknowledging that this proposal might not be very popular with Jamaicans, he conceded that it would be difficult for someone who get home at 7 p.m. to have to wait three hours before they can turn on their household appliances.

"If there was some discipline and concerted action about conservation ... we could reduce everybody's bill immediately, because in the peak time is when we have to use the most expensive units to generate electricity," he said.