Independence as a state of mind 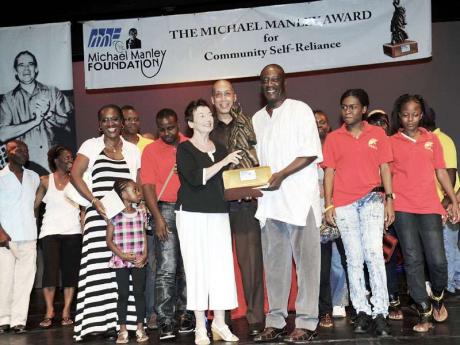 She meant, too, that people needed to be confident about themselves and what they could achieve as a nation. She, finally, meant that Independence called for a state of mind capable of independent thinking. A country must make its own way, learning from others but not necessarily trying to imitate them.

Mrs Simpson Miller made this argument when she gave her reflections on Independence at a conference hosted by the Sir Arthur Lewis Institute of Social and Economic Studies, University of the West Indies, in June. By saying Independence was a state of mind, she was distinguishing Independence from a state of being, that is, one's situation and circumstances.

A state of being, however, can refer to the individual's conditions of life, his attributes and personality. But it can also refer to national conditions. When, according to a recent survey, 60 per cent of Jamaicans said that things were better under the British, this could be interpreted at the individual and national levels.

It most certainly could not have meant that things were better for those individuals surveyed because they were not alive 49 years ago. Eighty-one per cent of Jamaicans alive today were born after Independence. We can be sure that they could not have known conditions under British rule.

What then of national conditions? Here we should go to the data, not to what people think. Almost by every measure, Jamaicans are better off today than they were under the British. The major exception, of course, is crime and violence.

There is much more opportunity at home and abroad too. Jamaicans are now a global people with a name brand unmatched among small (and even larger) states around the world. Both the material and the qualitative aspects of life are much better.

The fact that so many people think that things were better under the British must be explained by other measures. Very often people judge their present circumstances against some imagined past or hopeful future. The imagined past is full of nostalgia and fond memories. The hopeful future is often of unrealistic short-term expectations. The present, however, is often drab, busy, worrying, risky, insecure, and unsafe because it is lived in real time reality. It is never the best of the three states of mind.

Jamaicans don't remember the donkey cart transport, miles of walking in the hot sun, wattle and daub houses, river water washing, and hot coal irons. That was a more peaceful but arduous and hazardous existence. The gains of modernisation had yet to arrive. In fact, I am still appalled that up to the formation of our two political parties, the leading country of the industrial revolution, Britain, had completely failed to pass on any semblance of modernity to its Caribbean plantation societies.

As for the future, our expectations are never a match for the present. Consider that there has only been one occasion when Jamaicans have changed a government during a time of negative economic growth. On every other occasion, the economy was growing, sometimes for years before and sometimes growing quite buoyantly. It happened in 1955, 1962, 1972, 1989, and 2007. The only exception was 1980. Both parties have suffered. On most occasions, too, jobs were growing. In fact, up to 2007, unemployment was the lowest since slavery. Poverty, too, was never lower either before or since Independence. People always hope for better.

The problem that social scientists studying developing and newly independent countries discovered back in the 1960s was what they called 'relative deprivation'. Two things were happening as life got better for people. One was a 'revolution of rising expectations' as Mrs Simpson Miller also noted in her presentation. This meant that as people became exposed to new possibilities (incomes, consumer goods, travel opportunities, higher status positions, and education) they came to expect more because they were now used to having them and believing that they were entitled to them. This was the psychological aspect of social mobility.

It is still happening and remains a powerful reason for migration. An astonishingly high proportion of UWI graduates migrate. Because of their education they have great expectations and sense of entitlement and, therefore, a strong desire for immediate gratification. They are dissatisfied with the rate of advancement they can achieve in Jamaica relative to say the United States.

When Portia Simpson Miller herself became People's National Party president and prime minister, expectations became quite high, even unrealistically so. But it declined steadily thereafter. That did not mean she did badly. It only meant that what good she did still fell short of those expectations. It is also easy for other parties to play to these unrealistic expectations and promise "jobs, jobs, jobs," 100 per cent salary increases, and everything under the moon.

So, when so many Jamaicans say that things were better under the British, they are comparing the harsh realities of the present with an imagined, idyllic past and a future of hope and fantastic promises. The present government has fallen victim to its own fantastic promises, and so Jamaicans feel especially let down under this government of Jamaicans compared to a fictionalised government of the British. Their expectations had been artificially 'revolutionised' against their real and imagined deprivations.

We must get back to the state of mind where we need to be an independent country of freedom-loving people who will take responsibility with the confidence to be creative and independent-minded. Congratulations, therefore, to Jeffrey Town for winning the Michael Manley Award for Community Self-Reliance this year. They demonstrated the right state of mind for true Independence.