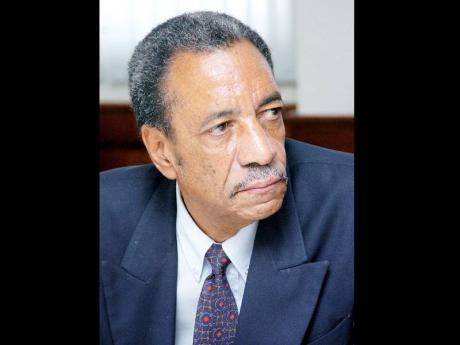 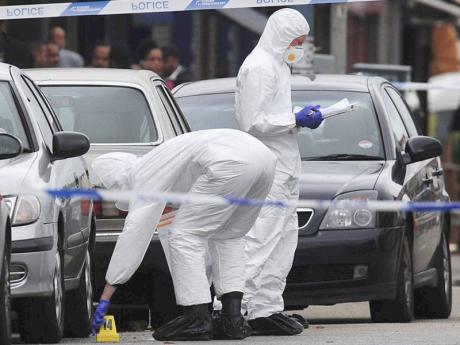 A forensic officer works at the scene where three men were killed after being hit by a car in an incident some locals were linking to the violence early yesterday in Birmingham, England. The presence of thousands of extra police officers helped keep a nervous London quiet early Wednesday after three nights of rioting, but violence and looting flared in English cities, including Manchester and Birmingham. Up to yesterday, more than 1,200 people had been arrested in the riots. - AP
1
2

Although officials and the police are not blaming any racial, cultural or geographical group for the wide-scale rioting that has been rocking sections of the United Kingdom (UK), talk shows in Britain yesterday reportedly began laying blame at the feet of Caribbean nationals.

Jamaica's high commissioner to the United Kingdom, Anthony Johnson, told The Gleaner yesterday that he had learned that call-in programmes on the radio had started ascribing the violence to Caribbean people.

"It has made it difficult for persons living in those areas to get out to work and to get back in, and these are areas in which there are significant communities of Jamaican people," Johnson said.

He added: "Up to today, there has been no racial, cultural or regional ascription and the official statement from the police is not blaming any racial or geographical group. The high-profile Jamaican and Caribbean members of parliament have not made any such ascription. They are talking about it in strictly national terms, the problems of the area that might upset the people and criminality."

The ambassador noted that it was suggested that it was mainly economic groups at the centre of the chaos. In addition to the lawless youths, he said the profile of the rioters was of the poor, unemployed and those who found the grants they were getting from various state agencies cut or reduced.

He said the police have been saying that it was straight criminality taking place.

Poor at centre of chaos

Regarding businesses that were looted and destroyed, the ambassador said Jamaicans did not have a lot businesses in England, so they were not greatly affected.

"We are not a significant representative in the business community over here, which is a major problem. We tend to be people who hold down jobs of one sort or another, but we are not entrepreneurial," he noted.

Johnson said the riots took everyone by surprise, as the Jamaican community was in the middle of its 49th Independence celebrations, which started about two weeks ago. Other planned activities had to be postponed.

He said just last weekend, Jamaicans were overjoyed after their countrymen won three races at the Crystal Palace track meet in London.

"Up to Sunday, Jamaican flags were being flown all over the place, and in celebration of the 49th anniversary. Jamaicans were at church services all over the country, getting the kudos and friendship of the wider British community. Everyone was quite happy and praising Jamaica for all the positive things that have been happening," said the ambassador.

He said the leadership of the Jamaican community was absolutely aghast, very upset that this should be happening, because they have been busy making big plans for next year's 50th Independence celebration.

"We hope that this unfortunate incident will quickly fade into the background and we can move on. We do not intend for what happened to upset those plans," he said.

He added: "I want to ask everyone to be very careful. Don't expose yourself and get into any problems. With the danger out there, I'm just asking everyone to be as circumspect as they can be."

He said Kensington, where the Jamaica High Commissioner's office is located, has not been affected by the mayhem, so they have been able to operate normally.