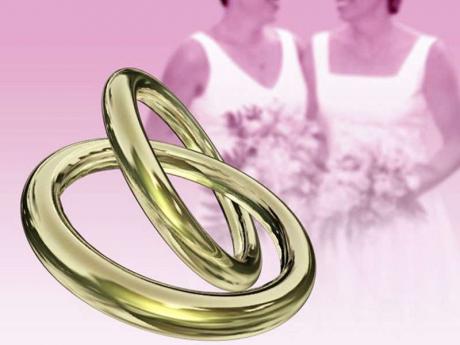 It's an indication of our backwardness, appalling intolerance and bigotry that an ad calling for "unconditional love" of our homosexual family members and friends is unlikely to be shown on local television because the stations are just too scared to show leadership in this area.

The decision-makers there know better, but they also know Jamaica, and they know the backlash and outrage that would overwhelm them if they dare transgress in this area. It's profit over any principle of pluralism, and concern for ratings over reason. I understand their dilemma. I am taking daredevil risks with my own popularity and 'ratings' for writing this column. It takes courage to write any such lead in a Jamaican newspaper, for it is bound to generate rumours that I myself am gay, bisexual or at least uncertain about my own sexuality.

For in the thinking (I need a better word!) of large numbers of Jamaicans, for me to even dare to suggest that an ad 'soft' on homosexuals should come on television in this Christian, God-blessed country must be an indication of a perverted, sin-sick and debased mind. Homosexuality, I have always maintained, is not a subject that can be rationally discussed in Jamaica, for even among well-schooled people, emotions completely drown any semblance of reason.

The one time I could ever interview some gay people on 'Religious Hardtalk', they had to be from overseas, and I had to say several times during the show, "Don't bother to come down here at TVJ, for this show is taped and the guests are already back home!" For it would be life-threatening for them to stay in the island for the luxury of watching the show here, as I could not guarantee their safety to the airport. (After all, doomsday preacher Michael Lewis had to wear disguises on the streets of Jamaica before he left for the United States (US), and his sin was just proclaiming passionately that Jesus would return on May 21!)

Last Sunday, the Observer, in a page-one story, 'Gay TV advert angers clerics', reported the difficulty gays and non-gay civil libertarians had been having in getting a public service announcement carried even after a public launch involving US Ambassador Pamela Bridgewater and others from the international community.

It is to our shame that Jamaican gay people cannot come on television, show their faces, debate their homosexuality with heterosexuals, go back home in peace and to their jobs and live normal lives the next day. If we lay claim to being a pluralistic, democratic society and not an autocracy like Saudi Arabia, Sudan, Burma, Pakistan, Nepal, Afghanistan, gay people should be free to express their views without fear of violence, harassment or victimisation.

So, from a Christian point of view, Jamaican law does not really reflect, absolutely, the biblical prohibition of same-sex intimacy. It leaves out lesbians, and my information is that lesbianism is growing by leaps and bounds in Jamaica and is reportedly prominent in our high schools - unfortunately, in my view.

And why, I ask our passionate anti-gay men, are they generally so soft on lesbians and don't treat them and despise them the same way they despise gay men? If you are talking about morality - and especially biblical morality - you have to be consistent. If it's a cultural matter now - and there are some interesting sociological theories on how male homosexuality offends our notion of masculinity - well, stop citing morality and the Bible. (Ever notice how these fornicating, adulterous 'old dawg' men like to rush for their King James Version of the Bible in condemning homosexuality? Why don't they apply that same Bible to themselves?)

So the argument about 'not promoting something which is illegal' does not hold water. A homosexual man can avoid buggery but is still, in the biblical and scientific definition, gay. (Those who know their Bible know it condemns sexual lust, not just physical penetration outside of man-woman marriage.) So then, would you be okay with homosexual men who are not engaging in buggery coming on television to be interviewed? No, you would not, and it has nothing to do with law - it just has to do with prejudice and emotion.

Besides, isn't ganja smoking against our law? Do we, as journalists, interview people on television who openly admit to smoking ganja and hence to breaking the law? Do the decision-makers at our television stations not carry artistes who smoke ganja? Some are even carried smoking weed and puffing the smoke in Babylon's face!

There's another point. There have been many laws which have been and are unjust and immoral. Apartheid was law in South Africa. It was unjust and immoral. Slavery was legal in many societies. So was discrimination against women. (This continues in some societies today.) It was once illegal to sell liquor, to criticise the king and other public officials (the sedition law). Interracial marriage was illegal in some places, and so was divorce.

The fact that something is illegal should not prevent lobbyists in a democratic society from speaking out for change. I am a free-speech libertarian, and here I am going to part company with perhaps most gay people who, if they had their way, would become the new oppressors and opponents of free speech. There are gay people who believe religious people should not have the right to call homosexuality an abomination and an evil which will be punished with everlasting hellfire. Though I don't believe in everlasting hellfire, I believe preachers must have the right to say that homosexuals will burn in hell forever if they don't repent of their sin of homosexuality.

Homosexuals and other opponents of free speech will call that 'hate language' and would seek to ban it, calling attention to the 'emotional hurt' and 'pain' such language causes to people. And lest you think I am inconsistent, I also believe racists should have the right to publicise their racist views too. The Ku Klux Klan should have the right to promulgate their racism, and the Aryan Brotherhood and racist Christian Identity movement should be free to publish and broadcast their sick racist views to whomever would listen. To quote that memorable phrase representative of free-speech philosophy, the answer to hate speech is 'more, better speech', not censorship and repression.

I detest how the gay lobby has manipulated language to classify any opposition to homosexuality as 'homophobia'. That's absolute nonsense. There are rational, sophisticated people who believe homosexuality is morally wrong and philosophically and theologically unjustifiable. (As much as arrogant gays find that hard to believe). I, personally, believe that if the Bible is read as authoritative, and if any plenary inspiration is ascribed to it, you cannot come away with any justification whatsoever for homosexual conduct.

In my considered opinion, the Bible condemns homosexuality and homosexual practice. I believe it is a fruitless attempt to try to use the Bible to show that God has no problem with homosexuality. I have read the finest exponents of pro-homosexual biblical exegesis and hermeneutics and I find them utterly unconvincing. For anyone who wants a thorough and comprehensive refutation of any attempt to harmonise the Bible with homosexuality, I recommend Robert Gagnon's masterpiece, The Bible and Homosexual Practice', as well as his indescribably devastating anti-gay hermeneutics website.

Gay people need to learn that tolerance does not mean endorsement. Many of them seem to believe that those of us who are free-speech and civil-rights libertarians are still 'victims of prejudice' because we still see homosexual practice as sinful and against the will of God. I am prepared to debate with any homosexual on philosophical and theological grounds to show why I reject homosexual practice. I find most of their arguments justifying homosexual behaviour as gnawingly simplistic and a violation of a cardinal principle in philosophy: You can't derive 'ought from is'. The fact that you have these desires, impulses and drives doesn't mean that they should be satisfied. In other words, because something is natural does not mean it is necessarily moral.

I recommend to my gay friends evolutionary psychologist and atheist, Professor Steve Stewart-Williams', Darwin, God and the Meaning of Life: How Evolutionary Theory Undermines Everything You Thought You Knew. It's priceless. See, especially, the chapter 'Remaking Morality', which notes: "Several of the alleged ethical implications we've considered so far rest on a hidden assumption: The idea that if something is natural, it must be good."

We need to embed in this society what the philosopher John Locke called "toleration". We need a pluralistic democracy, not just an electoral democracy such as we have. I would describe what we have as an illiberal democracy. Our tribalism affects our politics, our sociology, our religion - everything. (I mean, we had one man calling for the resignation of our governor general because, as a conscientious Seventh-day Adventist, he felt bound, or so we surmise, to be absent from Independence ceremonies. In this bigoted, intolerant and illiberal society, diversity and difference must be punished and banished).

Some of us will have to step out of that cocoon and show some leadership at some point. The Gleaner has already called for the decriminalisation of homosexuality. We might not agree with the paper, but we must concede it is showing guts in this intolerant society, and a courage that elude its counterparts in electronic media. But then the masses watch far more than they would care to read.

We must reach a point in this country where we can discuss homosexuality rationally; though perhaps not in my lifetime. Gay people, though, must understand that "unconditional love" does not mean unconditional acceptance of their sexuality. That's another form of bigotry.