Who are these rioters? Jamaican Brits give their take on UK riots 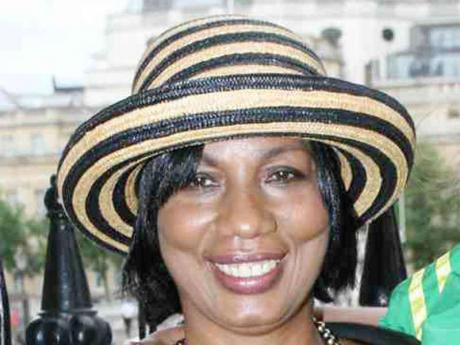 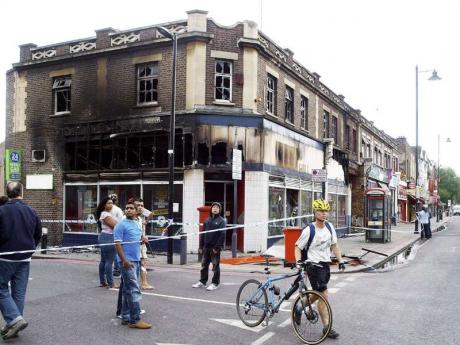 A burnt-out building, which was destroyed during rioting and looting on the Tottenham High Road in north London last weekend, is seen on Monday, August 8. Residents surveyed shattered streets and arrested more suspects last Monday after riots and looting erupted in an impoverished London neighbourhood and hopscotched across the city that hosts next summer's Olympic Games. - AP
1
2

Some Jamaicans who have carved out a niche in the United Kingdom (UK) over many years have found themselves, in recent times, perched near a ticking time bomb.

They say last week's detonation was triggered by a seemingly innocuous act of protest over a man who was fatally shot, allegedly by the police under controversial circumstances.

This triggered a five-day rioting frenzy by young Britons through many of the 33 boroughs in London and beyond.

Marjorie Edwards-Thomas, who has lived outside London in Birmingham for many years, is a social worker and one of several Jamaicans who are of the view that the David Cameron-led coalition government has its head deeply, if expediently, buried in the proverbial sand.

Edwards-Thomas asserts that the situation, which had been simmering for too long, had finally reached boiling point.

"The youngsters in this country have become very disillusioned with the government. I think it has been simmering for a long time among the young people who cannot get anything to do," she asserted.

June Daley, another Jamaican living in the UK, charged that the conservative/liberal democrat coalition government was paying attention to wars in other countries, notably Libya at the expense of the affairs of vulnerable young Britons.

"They are calling on the Gaddafi regime to go, but it is they who must resign," Daley declared. "The riot was caused by unemployment, a lot of cutbacks and, really and truly, people are concerned about Great Britain going into people's countries and bombing them while their country is suffering," Daley charged.

"They should be using the money spent abroad to look after their own people," she added.

Like Edwards-Thomas, Daley has taken affront to claims that the bulk of protes-ters/rioters are blacks - far from the truth, they declared. They charged that whites and members of other racial groups have featured big time in looting and other forms of criminality.

The Daily Mail in the UK reported that while the trouble has been largely blamed on feral teenagers, many of those paraded before the courts last week led apparently respectable lives.

The Daily Telegraph devoted its page three to the case of Laura Johnson, the 19-year-old daughter of a company director who pleaded not guilty to stealing £5,000 ($8,000) of electrical goods, under the headline: 'Girl who has it all is accused of theft'.

Reporter Andrew Gilligan wrote in the Daily Telegraph: "Here in court, as David Cameron condemned the 'sickness' in parts of British society, we saw clearly, for the first time, the face of the riot: stripped of its hoods and masks, dressed in white prison T-shirts and handcuffed to burly security guards.

"It was rather different from the one we had been expecting."

Daley, the president of the annual Miss Jamaica/UK beauty contest, recalls that the Jamaican flags were flying high to mark the traditional weekend Independence celebrations when things went amok.

"A lot of Jamaican flags because it was during our time of Independence, so everybody was happy and I was doing some preparations for a function for East Africa, Somalia, when I was told that Brixton was trashed," Daley told The Sunday Gleaner. "I went down and Brixton really looked like a war zone."

She said there was a function at the Jamaican High Commission a day earlier on Friday.

On Saturday (Independence Day), pursuant to Jamaican tradition, people were having the regular dances and culminated in the Brixton Splash, Daley told The Sunday Gleaner.

Some Jamaicans living in England were offended by the use of Bob Marley's hit Weeping And Wailing Tonight that was set as background music to a feature on the riot.

Daley's take was that the hit was being used to send false signals that blacks, particularly Jamaicans were responsible for the riot. "This morning (Friday), I woke up in a curfew and I personally don't think that they should be using that music because they have their own British artistes that they could find to use," Daley declared.

Edwards-Thomas is of the view that cutbacks on social spending was the cause of an upheaval impatiently waiting to happen.

"I am sure that you have heard about the austerity measures that many countries are taking due to the global economic downturn," Edwards-Thomas said.

She contended that the government has been making these cutbacks on services, especially the social services for the young people, at an unacceptably rapid pace.

"A lot of the young people have graduated and are leaving school and a lot of the rioters are people who have graduated from univer-sities," asserted Edwards-Thomas. "They are involved in all this rioting that is unprecedented simply because they can't get any jobs."

Edwards-Thomas lamented that the measures have left too many youths without a future - not only poor youths from the inner-city but sons and daughter of the wealthy who have graduated from university and can see no prospects for themselves.

"So what has been happening has been simmering for a while and they have used the incident in London in which a young man was shot, allegedly by the police," she said. "It really has nothing to do with young man in London who was killed. These are people who have been disillusioned and are fed up."

Edwards-Thomas noted that many of the young people failed to present a defined or cohesive response when they were asked why they opted to join the riot.

"The youths are saying: 'We have got no future; we have got nothing to live for; I am taking back what I am entitled to. This government is taking away me dole money, this is what it is," Edwards-Thomas declared.