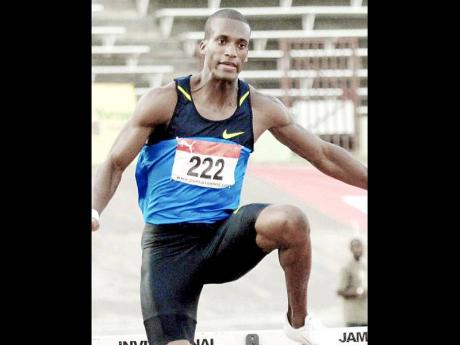 The Jamaica Athletics Administrative Association (JAAA) yesterday named a strong 50-member squad for next week's IAAF World Championships in Athletics, which will be staged in the South Korean city of Daegu.

Bolt, who established world records of 9.58 seconds and 19.19 seconds in the 100m and 200m, respectively, the last time he competed at these championships, will be joined by 24 other male athletes, including the likes of 100m hopefuls Asafa Powell, Yohan Blake and Nesta Carter, who despite finishing one position outside the automatic qualifying spots, should be promoted to contest the individual event, following the recent doping allegations surrounding Steve Mullings, who will have to sit out the championships as he tries to clear his name.

Isa Phillips, who finished fifth at the JAAA/Supreme Ventures National Senior Championships in June, trumps third-place finisher Roxroy Cato for a spot on the team after running a season-best 48.94 seconds at a meet in Germany to satisfy the IAAF 'A' qualifying standard of 49.40 - a mark that Cato has failed to meet in time.

The team will be led by Grace Jackson, who is already in Daegu making preparations for the squad's arrival. The technical leader is Fitz Coleman and head coach Maurice Wilson.

Several members of the coaching and management team were scheduled to leave the island today ahead of the team's pre-championships camp in Gyeonasan, South Korea, which will be staged August 18 to 23.