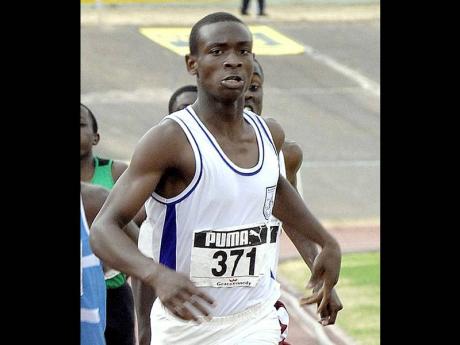 Jamaica's team at the 2011 Universiade, the World University Games in Shenzhen, China, now has four medals after 400 metres runner, Peter Matthews, produced the best run of his life, to secure the silver medal in the men's 400m on Thursday.

Matthews, a student at the University of Technology, produced a personal-best 45.62 to finish behind the winner Marcell Deak (Hungary), 45.50, and ahead of Sean Wroe, 45.93, from Australia.

National champion Indira Spence and Shermaine Williams are both through to the semi-finals of the women 100m hurdles event.

Spence was second in her heat with a time of 13.29 seconds with Russia's Svetlana Topilina, 13.26, taking the event and Kazakhstan's Natalya Ivoninskaya finishing third in 13.29.

Anneisha McLaughlin, a 2009 IAAF World Championships finalist and a student at the University of Technology, secured safe passage to the semi-finals of the women's 200m after posting the second-fastest time among all qualifiers, winning her heat in 23.52 seconds.

G.C. Foster's Anastasia Le-Roy is also safely through to the semis, finishing second in her second round heat, with a 23.56 run.

Rasheed Dwyer and Jason Young are both through to the semi-finals of the male equivalent, both booking their spots with wins in their respective heats.