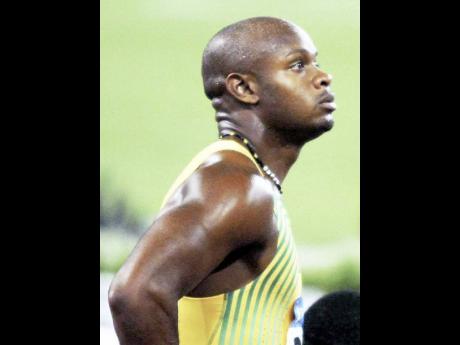 Hours after news broke of his client 's withdrawal from the 100m here at the IAAF World Championships in Athletics in Daegu, South Korea, Paul Doyle, agent of the Jamaican sprinter, is explaining that his client is extremely disappointed with the situation and is hoping that he will be able to figure in the 4x100 metres relay.

"Asafa is very disappointed, to say the least. He was really hoping to be able to run in what was going to be one of the most anticipated races of the championships. He is still optimistic to be able to run the relay," said Doyle.

Doyle further explained that the athlete suffered the injury while competing in Budapest, where he posed a blistering 9.86 seconds en route to winning the 100m at the Gyulai Istvn memorial Hungarian Grand Prix meet.

"After Budapest, Asafa missed eight days of training before he could attempt to sprint again. When he returned to the track he was able to sprint but it caused the groin to flare up. He has received all sorts of treatments over the past two weeks in hopes to be prepared to run the 100m here in Daegu, but today (Thursday) Asafa made the final decision not to run. He feels he would not be at 100 per cent, and may have trouble coming back after each round."

Powell's training partner at the MVP track club, Michael Frater, will replace him in the individual event, and seemingly inadvertently told the world of the situation when he stated, "I didn't come here to run the 100m but, unfortunately, Asafa couldn't make it."