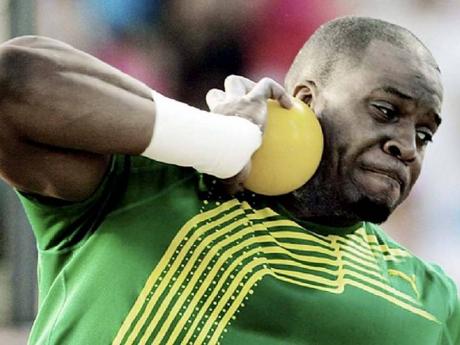 National shot put record holder Dorian Scott has explained the reasons behind his decision to pull out of Jamaica's team to the IAAF World Championships in Athletics in Daegu, South Korea, pointing to a new coaching appointment.

Scott, who also has a Common-wealth Games silver medal to his name, was offered and subsequently accepted an assistant coaching position at the San Diego State University, a decision that was only made last week.

The bulky Jamaican, who expressed disappointment at missing the championships, said it was too late to avoid doing so, given the situation.

"Yeah, I had accepted an assistant coaching position at San Diego State University last week working for Sheila Burrell," said Scott, during an interview with The Gleaner.

"So I'm moving from Florida to California in the next couple weeks," he added.

"I was really looking forward to competing at Worlds, my training was going great, but unfortunately, when I asked for my flight to be pushed back, to give myself more time to organise before I leave, it was too late to do any flight changes, so I had to withdraw," he said.

Nonetheless, Scott confirmed that he is not injured and expressed that he is eagerly anticipating this new role, and is particularly excited to be working with two-time Olympian Sheila Burrell.

"I'm not injured or anything like that. I'm excited to be on staff with two-time Olympian Sheila Burrell. I'm anxious to be coaching college athletes and I'm looking forward to recruiting the best athletes to San Diego State."