One of the Seven Wonders of Jamaica 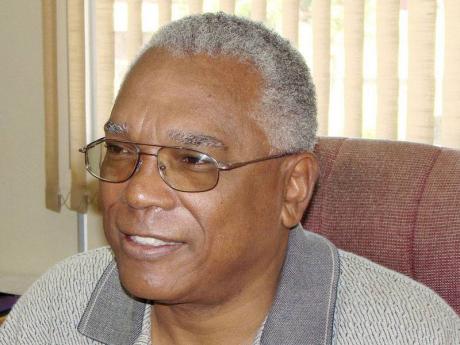 THE BOG Walk gorge, now reopened to traffic, is a section of a historic route cut through the mountains as early as 1770 when the first roads were being carved out in Jamaica.

It remains the A1 route for traffic from Kingston to the central north coast and is likely to remain as such for a long time to come, promised new highways notwithstanding.

The gorge provides one of the most scenic routes in Jamaica with its towering rock face reaching hundreds of feet high. The railway tunnel famously known as the '3/4 mile' that bores through the cliffs just outside of Bog Walk is the longest tunnel on the track. It struck terror in young hearts when, following a warning from the conductor, the train would suddenly plunge into a dark hole, the coach lights would be turned on and after several eerie minutes we would emerge again into the sunlight.

Flat Bridge itself must be one of the Seven Wonders of Jamaica. With its sudden sharp turn across the river course, and without protective railing, it has proven to be an induction for every new driver who has to undergo a 'first lick' off the crossing at Flat Bridge.

It was built in the mid-18th century mainly by slave labour. The plantations in the area were obliged to provide one slave out of every 50 to work on the River Road Bridge, as it was first named, with the road later to be known as the Sixteen Mile Walk.

Some time around 1881, the floor of the bridge was washed away and replaced by buckle plates from the original flooring of the May Pen Bridge over the Rio Minho. It once had handrails, but these have been repeatedly washed away by flooding. A plaque shows where the water rose to 25 feet during the 1933 floods. I believe it has risen to higher levels since.

Traffic lights were installed in the 1990s under the watch of then Minister of Utilities Bobby Pickersgill. Prior to that, crossing the bridge was a battle of wills, and many have been the traffic jams as drivers threaten and challenge each other for space. A scene from The Harder They Come had the country bus held up for hours as country boy Jimmy Cliff wended his way into town.

An amusing and mythical story is told of the carriages bearing the custos of Kingston and the custos of St Catherine meeting on the bridge with neither prepared to give way. After several minutes, the Kingston custos sent his footman to ask his peer to kindly reverse as he had important business ahead. The St Catherine custos promptly took up his Gleaner and commenced reading, page by page. He was interrupted by a knock on his window with the Kingston driver delivering another message from his master requesting that "the good custos lend him his Gleaner when he is finished as he too would like to read the news".

Flat Bridge also featured during the 1976 State of Emergency when the late Prime Minister Michael Manley warned the House after an announced arms discovery that "it would only take four sticks of dynamite to render Flat Bridge impassable". "Nonsense", asserted a friend as I got carried away with the argument. "All it takes to block Flat Bridge is a good shower of rain."

There is another point of interest on the approach to Spanish Town, where Jamaica's original Golden Table is said to have surfaced repeatedly in a spot in the river between Angels and the river dam.

Clinton Black in his Tales Of Old Jamaica records the story of the 24 steers and six screaming slaves who were dragged under the water at that spot as they tried to harness the legendary table on the instructions of a plantation owner.

So the river road is not without its fair share of superstition. On a certain day at noon, legend has it that the Flat Bridge is a gathering place for the ghosts of the departed slaves who died during its construction.

So when you next see the sign, 'Flat Bridge closed, take Barry or Sligoville', take it. For more reasons than one.

Comments to columns@gleanerjm.com or lanceneita@hotmail.com