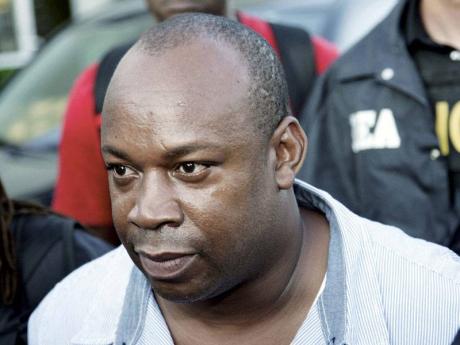 Coke, who was extradited to the US on June 24, 2010 to answer narco and firearm charges, will be sentenced on December 8 around 4 p.m.

Court documents released by a United States press office stated that the former Tivoli Gardens don confessed to racketeering conspiracy in the US and conspiracy to commit assault in aid of racketeering.

"The defendant hereby acknowledges that he has accepted this agreement and decided to plead guilty because he is in fact guilty," the plea document signed by Coke states.

It added that, "By entering this plea of guilty, the defendant waives any and all right to withdraw his plea or to attack his conviction either on direct appeal or collaterally, on the grounds that the government has failed to produce any discovery material."

On the racketeering-conspiracy charge, Coke faces a maximum sentence of 20 years in prison, a maximum term of five years' supervised release, and a maximum fine of $250,000, or twice the pecuniary gain from the offence.

On the conspiracy to commit assault in aid of racketeering charge, he faces a maximum sentence of three years in prison, a maximum term of one year of supervised release, and a maximum fine of $250,000, or twice the pecuniary gain.

The sentencing guidelines of the United States in federal cases show that Coke would have faced 262-372 months' imprisonment.

Coke was extradited following a near one-year stand-off between the Bruce Golding-led government and the US. Then Attorney General Dorothy Lightbourne refused to sign the authority to proceed against Coke, saying his constitutional rights were being breached.

Golding's JLP then engaged US law firm Manatt, Phelps & Phillips in a bid to lobby the US government on the matter.

However, under public pressure, Lightbourne signed the authority to proceed against Coke. That was to lead to a stand-off between men loyal to Coke and members of the security forces. A bloody battle in Tivoli led to the deaths of more than 70 people.

Coke went into hiding and was captured, allegedly disguised with a woman's wig, in the company of clergyman Al Miller. He waived his right to fight his extradition to the US and has been awaiting trial since.

In obtaining a grand-jury indictment against Coke in August 2009, the prosecutors focused on taped telephone conversations he reportedly had with co-conspirators based in the US.

The prosecutors claimed that in one telephone conversation on or about April 3, 2007, Coke spoke with three co-conspirators concerning firearms that were to be shipped from the US to Jamaica.

The prosecutors also claim that about April 11, 2007, Coke had a telephone conversation with another co-conspirator concerning the sale of marijuana in New York, while a May 8, 2007 recording had Coke discussing the distribution of firearms that had arrived in Jamaica.

However, Coke's lawyers argued that the wiretaps were shared with the US law-enforcement agencies illegally and that their use would be in breach of Coke's rights under the Fifth Amendment of the US constitution.

Patterson, however, ruled against Coke, saying he "falls far short of establishing that the conduct of US or Jamaican government officials violated his due-process rights".