Food has been a problem from Day 1 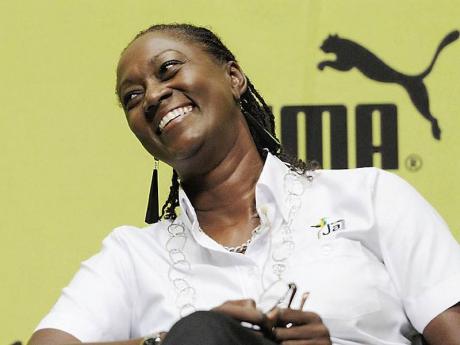 Grace Jackson, team leader of the Jamaican delegation here in Daegu at the IAAF World Championships in Athletics, has registered her disappointment with the food offering inside the Athletes' Village and has called for the provision of a chef for teams travelling at major championships in the future.

Jackson shared that the entire Jamaican delegation, including the athletes, are far from impressed with the options here, and relayed the difficulties faced with the high concentration of Asian food being presented to the athletes.

"It has been a problem for us almost from the very first day, we identified what was then a potential problem because there were certain signs from early on," said Jackson, when contacted by The Gleaner.

"This is a general problem for us, but also for everyone else, it's not just a problem for the Jamaican team. People complain about the food inside the village here everyday," Jackson added.

"The dining hall inside the Athletes' Village has five stations sharing the same type of food, and not only that, but the same food is served throughout the day, any changes made are minimal," Jackson noted. "In other places, at other championships, each station would have food from different cultures and regions."

Jackson, who also competed in South Korea at the 1988 Seoul Olympic Games, believes it's time that it become mandatory that a chef is considered for major teams.

"I personally think that a country of our status in track and field should always carry along with us a chef for our teams at these major championships, it's something that must be a requirement, not a one- off thing," said Jackson.

"It would be of significant benefit to all of us," she added.

National 400m record holder Jermaine Gonzales complained about the food after his fourth-place finish in the final on Tuesday, but he isn't the only one having difficulties.

"Some athletes are more sensitive than others and there is the need for them to be very comfortable with what they are eating," Jackson noted. "What you find happening is that if an athlete cannot find the food that they want and should have, they will resort to eating whatever they are more comfortable with, and that may be pizza or something like that, and in high-level competition, you really don't want to be eating too much of that."

The delegation has received support from international Christian-based organisation, the Interna-tional Youth Fellowship (IYF), as well as several Jamaican companies such as GraceKennedy, Dairy Industries, Lasco and the National Biscuit Company.

IYF has been assisting in the provision and preparation of Jamaican meals at least once a day, while the companies had sent products to the team's camp in South Korea.