Rescue plan for food exporters - 160 companies in breach of FSMA 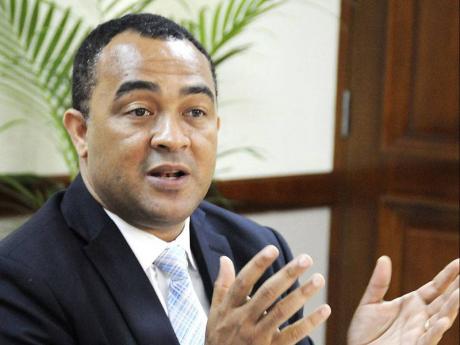 Jamaica estimates that a majority four-fifths of food processors are likely to fail new export tests to be imposed by the United States in less than four months, and has mounted a rescue plan backed by cheap money and technical advisers to bring them up to code.

On Tuesday, Industry, Invest-ment and Commerce Minister Dr Christopher Tufton said the Jamaican Government was forced to step in to safeguard up to US$118 million or about J$10 billion of export earnings.

Starting January 1, 2012 food processors must conform to new standards to be policed by the US Food and Drug Administration (FDA) under a new law known as the Food Safety Modernisation Act (FSMA).

Jamaica estimates that of the 200 companies the law will affect, 80 per cent or 160 of them are below the required standard, prompting calls back in July by the exporters' association for government to bail out its members.

Tufton, who assumed the port-folio of industry, investment and commerce in July has crafted a rescue plan that includes a J$100 million funding facility for distribution through EXIM Bank and Development Bank of Jamaica averaging six per cent to finance equipment and process upgrades.

An FDA expert will be flown in to consult with companies on the new technical standards. And the Bureau of Standards is on board for training and inspections.

The terms include a six-month moratorium on repayment of the principal.

Companies will be assessed for credit risk, and must demonstrate productive capacity and be constantly producing in order to qualify for the loan.

The financing is being made available, Tufton said at a press conference, to prepare for FDA audits and oversight. Some 50 companies will be audited at random, starting January 2012.

The new regulations will affected all entities exporting food products into the US, including agro-processors, conch, baked goods and fresh produce suppliers, as well as the food handlers, transporters, and distributors with whom they do business locally.

"Currently there are only 10 HACCP compliant forms - primarily for ackee processors - with a number of manufacturers with varying levels of ISO certification," he said.

Exports must meet new assessments for safety which include being tested by an accredited laboratory before shipments are allowed entry to US ports.

"Food exports could be denied entry to the US market if firms are not compliant with the new act. This could result in serious fall out for Jamaica s food exports to the US, which were valued at approximately US$118 million in 2010," the minister said.

Companies will be required to share their food-safety plans with the FDA on request. Those that refuse or fail inspections may have their supplies restricted by the FDA.

The ministry is also coordinating technical assistance from the Jamaica Bureau of Standards and other agencies based on a cost sharing arrangement resulting in discounts of 25 to 50 per cent to exporters on fees for inspection, training and technical assistance.

And, the companies that are already up to standard have been co-opted as mentors for the sub-standard operators.

The FDA expert is expected in Jamaica in October for sensitisation workshops. The American's costs will be shared by the FDA and the Bureau of Standards.

The FSMA is described as the most significant change to the US food safety laws since the Federal Food, Drug and Cosmetic Act in 1938.

Food traders will be required to implement acceptable traceability and recall procedures as well as strategies to prevent intentional food contamination.

The law stipulates that food safety plans must be documented and updated every two years or sooner if the company changes suppliers, processes or ingredients.

"The FDA now has the authority to order a mandatory recall when the agency determines that there is a reason."

He said the deaths of some 3,000 Americans annually linked to food contamination and the hospitalisation of thousands of others was the rationale for the new law, but noted as well that the tightening of food traceability regulations was an international trend, including another of Jamaica's big markets, Europe.