Can insurer penalise me for not driving? 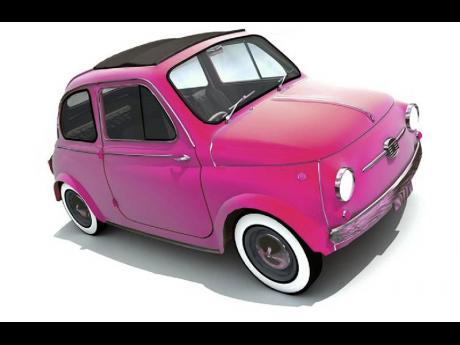 Question: I haven't been insured to drive a car during the past six years. Previously, I was insured until about mid-March in 2005. I am now thinking of buying another car. I won't be using the services of my previous broker because their service was poor. In 2004, I reported an accident. It occurred when another motorist drove his car into the back of mine at a stop sign. I had third-party insurance and was ineligible to make a claim. Now that I'm getting ready to be a car owner again, are there any special documents that I'll need from my previous insurers before I approach a new company? Will I be expected to pay higher-than- average premiums because I've stopped driving for so long?

HELPLINE: The driving habits of men and women differ. These differences "in terms of crash rates are evident in a wide range of countries ... the United States, Europe, Asia and Africa, with males being significantly more at risk than females".

This was one of the findings of a 2004 study prepared by the Social Issues Research Centre in the United Kingdom. The numbers collected by the Road Safety Unit of our transport ministry follow the global pattern. The risky behaviours of men lead to more crashes.

That factor influences the insurance risk of both groups and how much they pay for motor insurance. After reading your email, I concluded that you are a member of the low-risk group. Very few men approach the subject in this careful, methodical way.

One of our home-grown insurers introduced a policy for women drivers over three decades ago.

I discussed your case with the manager of that company's customer-service centre. I am not recommending that you buy coverage there. My reason for speaking with that company was to get information about how they would approach the risks you and your car will present. I did not ask for a quotation.

Phase I should involve making a decision about the make and model of car that you will buy. This is important. The premiums for some vehicles cost more than others. Select your car dealer with great care. One reader told me about dealers who advertise vehicles as one age when in fact they are four years older. If you are not buying a new vehicle from an authorised dealer, it is wise to assume that the seller is a crook until you can prove otherwise.

Online shopping should be the next step in the process. Many of the companies that write motor insurance say that they offer on-line quotations. Prospective customers can enter details about their vehicles, insurance, and accident histories and other personal details via the insurers' websites and obtain price quotations.

If this approach is not feasible, you can always substitute a telephone for a computer.

The third phase of the exercise involves paying a visit to the insurer that you have selected in the previous phase. At that stage, you would be required to provide the insurers with copies of your driver's licence; certificates of titles and fitness, registration certificate, and other documents of title; valuation certificate if the vehicle is being insured comprehensively; and medical certificate in the event that you are receiving medical care for a chronic condition.

You will also be required to complete the insurer's two-page application form plus a customer- information form that insurers say the Government demands under The Proceeds of Crime Act.

I do not expect that you will pay higher-than-average premiums because you have stopped driving since March 2005. On the other hand, I predict that you will pay more. Premiums have increased from what they were in 2005. Insurers have lost money on motor insurance every year since 2005.

As a result of this, premiums for 2011-12 should be higher than they were six years ago.

Cedric E. Stephens provides independent information and free advice about the management of risks and insurance. Email aegis@cwjamaica.com, and send SMS/text messages to 812-7233.