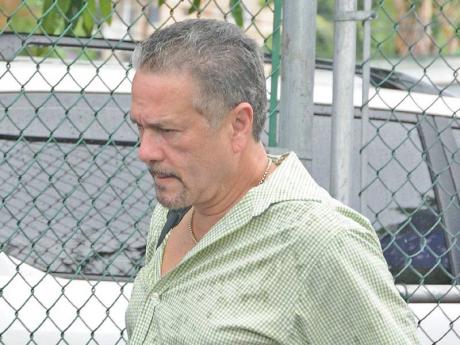 Jamaica Labour Party (JLP) stalwart and attorney-at-law Tom Tavares-Finson is declaring that despite sentiments within segments of the party, he has done nothing to undermine Prime Minister Bruce Golding in the West Kingston constituency.

Backers of the prime minister have repeatedly claimed in private that Tavares-Finson was one of the persons stabbing him in the back in West Kingston and making it difficult for Golding to really take charge of the constituency since being elected its member of parliament in 2005.

However, Tavares-Finson, who yesterday confirmed that he has an interest in representing the constituency if Golding steps down, has scoffed at the claims.

"The truth of the matter is I was not working towards this (Golding's decision to quit). I was not doing anything different from what I had always done in terms of making myself available to assist the people of West Kingston, especially in the courts," Tavares-Finson told The Gleaner.

"I have been involved in West Kingston since 1979 in every aspect of the community," said Tavares-Finson. "I worked with Mr (Edward) Seaga there and it is no secret that I was one of those who helped to swing it that Mr Golding became the member of parliament there," added the government senator.

Tavares-Finson declared that he has long held an interest in representing the people of West Kingston.

"I feel it's a duty that I have to put myself forward when a vacancy becomes available. I think the idea of being there for the people of West Kingston is a good one," he asserted.

The nephew of Clem Tavares-Finson, a former deputy leader of the JLP, declared his hand in response to questions from The Gleaner.

Tavares-Finson's admission came as West Kingston constituents quietly observed the developments unfolding in the JLP since Golding announced on Sunday that he would be stepping down as prime minister and party leader at the JLP's annual conference in November.

The JLP has not lost the Western Kingston seat since former prime minister and leader of the JLP Edward Seaga won it in 1962.

Prior to that, between 1944 and 1962, representation of the seat had alternated between the JLP and the People's National Party.

But Tavares-Finson, a JLP member of the Electoral Commission of Jamaica, has not been so fortunate in representational politics as he has failed to secure a place in the House of Representatives after numerous attempts.

"I have never ceased to represent the people of West Kingston in various capacities, particularly as an attorney," he stressed. "I have always been there for them and I think that they have recognised it."

"Through the good times and the bad, they recognise that I am someone who they can rely on."

Tavares-Finson was one of the attorneys who represented Tivoli  Gardens' most prominent figure  - Christopher 'Dudus' Coke - up to a year ago,  in the extradition case against him.

Earlier this month, he represented the JLP at the funeral for Coke's mother.

However, Tavares-Finson maintained that he has been there for the ordinary residents as well.

Born and bred in the bosom of the JLP, Western Kingston is the seat with which Tavares-Finson, by his own pronouncements, is most intimate.

He told The Gleaner that he entered politics in 1978, but said that because of his closeness to the people of the constituency, he continued to work with them, not necessarily to gain personal political mileage.

His uncle, who was the member of parliament for the neighbouring South West St Andrew, was a close confidant of Seaga who took the younger Tavares-Finson under his wing when he returned to Jamaica from England.

He said he has always been attracted to the people of West Kingston as being resilient and dynamic.

"I don't think that any other communities exist like West Kingston anywhere in the world. I saw the people of West Kingston as distinct as Mr Seaga always says they are persons who stand up for what they believe should be theirs in terms of what the system has to offer."