Poverty, income inequality on the rise in Jamaica - report 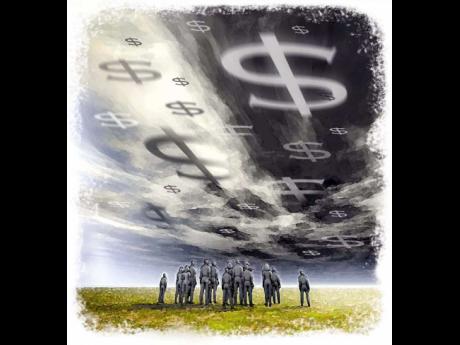 Poverty, unemployment and inequality in Jamaica rank among the worst in the Americas despite the progress made by the debt-exchange programme, according to an International Monetary Fund (IMF) report published this month.

Jamaica has the second-highest unemployment rate at roughly 11.8 per cent, and fourth-highest poverty rate at 43.1 per cent compared with 23 regional neighbours, according to the report, Regional Economic Outlook, Western Hemisphere: Shifting Winds, New Policy Challenges.

The official poverty rate in Jamaica is 16.5 per cent in 2010, according to Government data; however, queries to the Statistical Institute of Jamaica on the methodology went unanswered up to press time.

The IMF report defined poverty as the share of population earning less than US$2.50 per day which translates to 1.1 million Jamaicans living in poverty.

Equally concerning is Jamaica's unequal distribution of income, ranked as the second-worst among the 23 listed regional countries in the report. Jamaica scored 59.9 on the Gini coefficient; only Suriname scored higher at 61.6.

The IMF explained that the Gini coefficient ranges from zero where all households have the same income to 100 where one household has all the income. Comparatively, Haiti deemed the poorest nation in the Americas, scored better than Jamaica at 59.2.

The Jamaica Debt Exchange (JDX) in 2010 was described in the IMF report as a model of debt management.

"Jamaica reached agreement with domestic private creditors to reduce its debt service burden (interest and amortisation) by about 14 per cent of GDP one year after the debt exchange," it stated adding that since 2000, nine Latin American and Caribbean economies resorted to sovereign debt restructurings to deal with either an unsustainable fiscal position or acute liquidity pressures endangering solvency. However, Jamaica, the Dominican Republic and Uruguay all achieved debt-servicing reductions without sacrificing principal payments.

"Despite differences, in all three cases the restructurings were pre-emptive in nature and did not entail a principal haircut," the IMF said.

The report added that the recovery in much of the Caribbean remains weak, with downside risks to growth.

"Greater resolve is required in bringing down high public debt levels and decisively addressing persistent weaknesses in the financial sector," it stated, adding that the Caribbean region continues to struggle to recover from a long and protracted recession.

"Drags from fiscal consolidation and higher energy prices continue to constrain private demand, while the recovery in tourism flows remains tepid amid high unemployment in advanced economies," the report said.